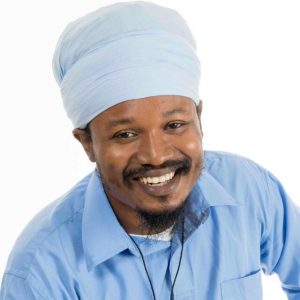 Guyana Rastafarian Council General Secretary, Ras Khafra told News Talk Radio 103.1 FM/Demerara Waves Online News on Thursday that the PPP had expressed support for this in the past and his organisation intends to hold the new Irfaan Ali administration to this promise.

“We are awaiting the transition to take place and will continue the campaign of lobbying,” he said, explaining that the Council will seek to meet with the new Guyanese head of state, Attorney General Mr. Anil Nandlall and other key government officials to discuss the matter.

The Rastafarian official said meetings were held in the past with Vice-President Mr. Bharrat Jagdeo on the matter who had announced his support for the proposed change. In 2018, he also gave a commitment from the People’s Progressive Party (PPP) to support a ‘conscience vote’ should the matter come up for a vote in the National Assembly.

Ras Khafra reminded that during October 2018, the then David Granger-led government had promised to take the Narcotics Drug and Psychotropic Substances (Control) (Amendment) Bill to Parliament to remove custodial sentences for possession of up to 30 grams of cannabis, but that promise was never fulfilled.

Attorneys-at-Law Mr. Nigel Hughes and Mr. Mark Waldron had drafted the bill which stipulates that persons who are found in possession of the drug for personal use would be required to pay a fine of $10,000, or perform community service for a period of time, something that has been widely supported.

Ras Khafra noted that while the proposed amendment is intended to prevent some persons from going to jail, he believes that all Rastafarians should be free to use marijuana. “It remains our firm position that Rastafarians should be allowed to practice their religion without limitation, and that includes the use of the herb,” he added.

Given the slow pace at which past governments have treated this issue, he told News Talk Radio 103.1 FM/Demerara Waves Online News that the Council is not prepared “to give up this fight,” but will continue to advocate for serious attention to be given to the matter, so that Guyana could follow in the footsteps of other countries.

“We’ve had a cordial relationship with the PPP government in the past and they made this a campaign promise, so we hope they act on it now,” he asserted.

However, the Twelve Tribes of Israel Rastafarian group, which has been in Guyana for the past 34 years said it is opposed to legalization of marijuana at this time.

A Caribbean Community (CARICOM) Marijuana Commission in 2018 had recommended the decriminalising of marijuana possession.

The Report of the Commission of Inquiry into the Camp Street Prison Disturbances and Resultant Deaths on March 2 to 4, 2016 had also recommended that judiciary, magistracy and legal sector “decriminalize possession of minimum amounts of marijuana for personal use”.