Luncheon, Westford may be rehired as advisors 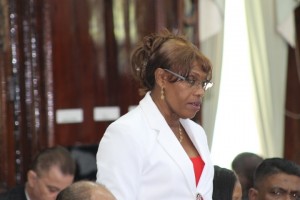 News Talk Radio 103.1 FM/ Demerara Waves Online News asked Vice President Mr. Bharrat Jagdeo during a press conference earlier Friday, whether the two are being considered for hiring. But Mr. Jagdeo explained that there has been no formal engagement on this matter.

“Dr. Luncheon has not been formally hired nor has Westford, but clearly Westford has enormous experience and Dr. Luncheon and we hope to benefit from them. But there has been no formal engagement,” Mr. Jagdeo, a former Guyanese head of state explained. 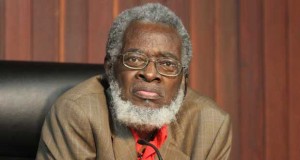 Dr. Luncheon was former Cabinet Secretary and Head of the Presidential Secretariat during Jagdeo’s tenure as president. He was also the chief spokesman for Jagdeo and former PPP President Donald Ramotar. Dr. Westford on the other hand, served as Public Service Minister for a number of years both under Mr.Jagdeo and Mr. Ramotar.

Mr. Jagdeo explained that the government does not have much finances and without a budget, there is not much hiring that can take place now.  “But Roger Luncheon is very cogent. He is weak you know physically, but if you listen to him, he has a huge institutional memory and he hasn’t lost a single once of his intellect.”

Jagdeo added, “I’d rank him above 20 of the APNU ministers combined and we must benefit from his experience. And we have no apology for him to share that experience.”

Pressed further on whether they will be hired in the future, Mr. Jagdeo said, “this is something the president will have to look at.”