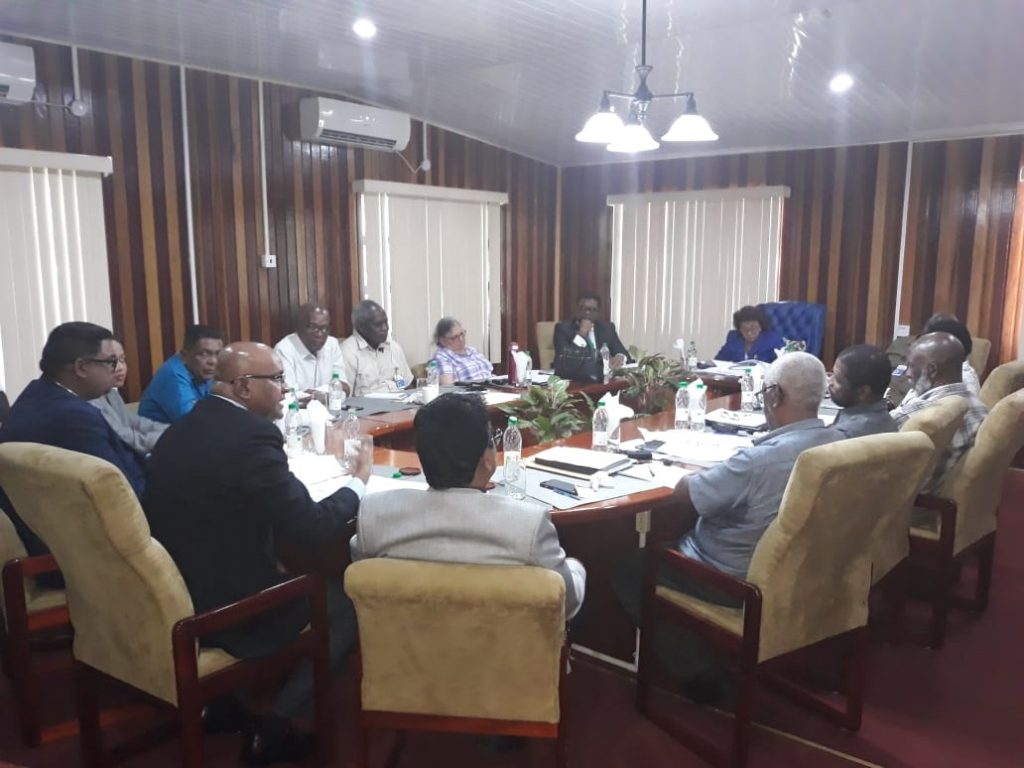 Attorney General Anil Nandlall on Saturday did not rule out a criminal probe into the administrative operations of the Guyana Elections Commission (GECOM) concerning the 2020 general elections, but said other options might include a commission of inquiry or a forensic audit.

He said a “deep probing police investigation” is among the options being considered to move ahead “very shortly” because the country had been subjected to five months of intense political crisis. “This is a matter of national concern. The people of Guyana suffered greatly. The State of Guyana was affected and it is the duty of an elected government to probe into this national tragedy so that the issue can be made public so that the people of Guyana can understand what transpired and more importantly to prepare against a repeat of this horrific tragedy,” he said.

President Dr. Irfaan Ali earlier in the day announced that government would conduct a forensic review to determine exactly what transpired, and to hold accountable any persons who sought to pervert and corrupt the system.

Private Prosecutor, Attorney-at-Law, Glenn Hanoman has already told the Court that three private criminal charges of misconduct in public office, fraud and conspiracy to commit a felony against the Chief Elections Officer, Keith Lowenfield would eventually be taken over by the Director of Public Prosecutions and prosecuted to the fullest extent of the law. The DPP has not withdrawn those charges against Mr. Lowenfield who is on GYD$450,000 bail but has scrapped those  against the GECOM Chairman, Retired Justice Claudette Singh.

With the opposition A Partnership for National Unity+Alliance For Change (APNU+AFC) already preparing to file an elections petition concerning alleged electoral fraud, irregularities and anomalies that rendered the March 2,  2020 polls unreflective of the will of Guyanese, Mr. Nandlall said that would be one of the factors that would decide the type of probe to be conducted.

“There are certain eventualities I have to await. If they do not materialise then it will cause me to move in a particular direction. If it does, a different option will have to be explored,” he said.

The Attorney General said no decisions of the seven-member commission would be enquired into by a Commission of Inquiry but into the electoral process. “We are going to deal with officers outside of the Commission,” he said.

Leader of the People’s National Congress Reform, Mr. David Granger on Friday restated that the election results were the product of electoral malpractices that would be challenged in a High Court election petition.

This would not be the first probe into an elections  that a PPP administration would be conducting. The first was into the disturbances of the 1992 elections by a one-man commission of now late Senior Counsel B.O. Adams.

2020-08-08
Denis Chabrol
Previous: Government to dole out COVID-19 relief to households, put “people back to work”
Next: OPINION: Inauguration address, my take