Update: Land leases issued since 2018 no-confidence motion to be reviewed; Commissioner of Lands and Surveys stripped of power 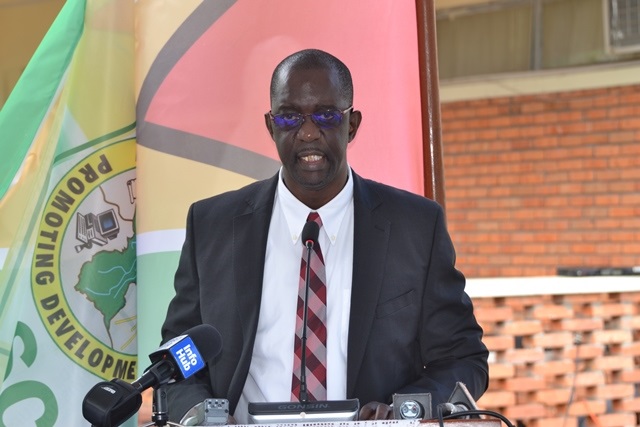 Attorney General, Anil Nandlall on Friday said land leases issued since the passage of the no-confidence motion on December, 2018 would be reviewed.

Mr. Nandlall explained that with immediate effect a review of all leases, licenses and permissions to occupy Public Lands,granted since December 21,  2018, will be conducted.

The  AG said this is in the context of that the the APNU+AFC government having been defeated by a No-Confidence Motion passed in the National Assembly.

“As a result thereof, it was reduced to a caretaker status only,” he said against the backdrop of the stripping of Commissioner of Lands and Surveys, Trevor Benn’s power to issue leases.

The removal of that authority appeares in the Official Gazette on Friday.

Mr. Benn said he has not been told anything else about his status as Commissioner of Lands and Surveys. His contract expires in March, 2022 with provision made for termination.

The processing of leases is one of 22 functions by the Lands and Surveys Commission.

The Lands Surveys Commissioner said then President David Granger had delegated the authority to approve and issue land leases to him for two main reasons. “It helped the Commission to raise the kinds of resources and speed up the process,” he told News-Talk Radio Guyana 103.1 FM/ Demerara Waves Online News.

With that function now removed from Benn by way of an order published in the Official Gazette on Friday, Mr. Benn said the application would be processed by the Lands and Surveys Commission and it would be approved by the President or the person he has assigned to do so.

While in opposition, the People’s Progressive Party (PPP) had railed against Commissioner Benn for the issuance of large tracts of land to certain persons based on political favouritism. Mr. Benn had debunked those claims.

Under his tenure, he embarked on a number of projects including returning the agency to financial viability, modernising its data management system and commencing a project to re-map Guyana using advanced technology.