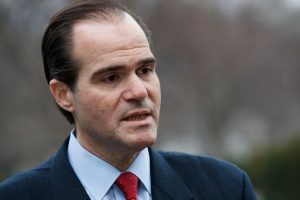 Guyana on Tuesday announced that it would be voting for the United States (US) candidate for the presidency of the Western Hemispheric Inter-American Development Bank (IDB), in what is the People’s Progressive Party’s (PPP) first major pro-American decision since it was declared the winner of recent general elections last Sunday.

He is Mr. Mauricio Claver-Carone.

He is coming up against former President of Costa Rica. Laura Chinchilla. If Claver-Carone wins, this will be the first time that the US would be holding the IDB’s Presidency in a clear break with the unwritten rule that post should go to someone from the Latin American Caribbean region.

The IDB will hold elections on 12 and 13 September to succeed the current President Luis Alberto Moreno of Colombia whose term ends on 30 September 2020.

“The nomination of Mr. Mauricio Claver-Carone demonstrates the U.S. commitment to leadership in important regional institutions, and the advancing of prosperity and security in the Western Hemisphere. His leadership of the IDB is expected to strengthen its ability to deliver development impact to the region,” the Guyana Foreign Ministry said in a statement.

The IDB plays a pivotal role in the progress and overall development of Guyana and the Latin America and Caribbean region.

The now opposition A Partnership for National Unity+Alliance For Change (APNU+AFC) has already strongly suggested that the People’s Progressive Party (PPP) would be quite pro-American.

The US was among several countries individually and in international bodies like the Organisation of American States (OAS) that had insisted that the national vote recount data be used to declare the winner of the March 2, 2020 general and regional elections.