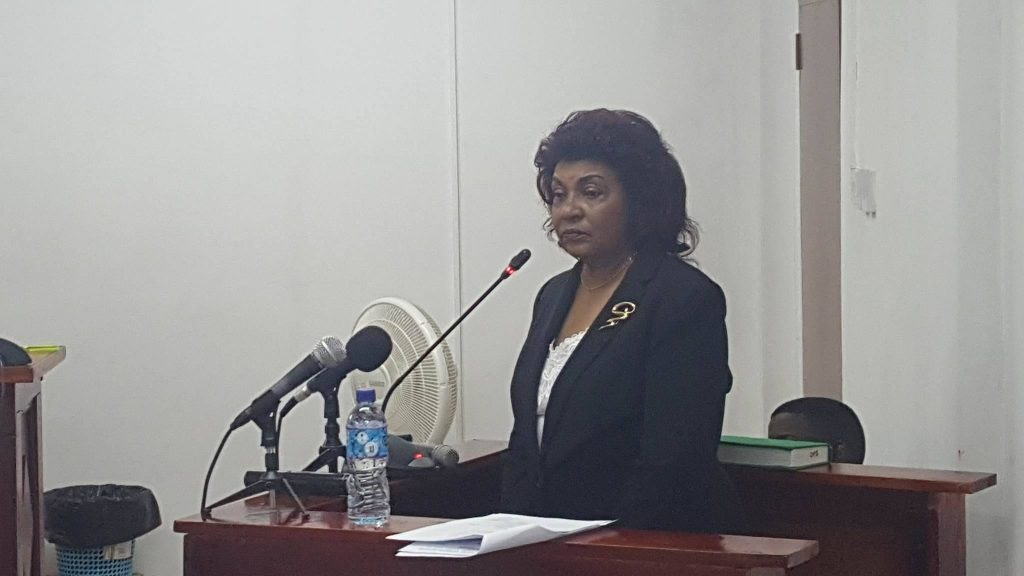 Private criminal charges filed against Chairman of the Guyana Elections Commission (GECOM) Retired Justice Claudette Singh have been dismissed by the Office of the Director of Public Prosecutions (DPP).

This information was confirmed with DPP’s Communication Officer Liz Rahaman on Monday who shared the official letter from the DPP’s office sent to the Chief Magistrate Ann McLennan in this regard.

The letter which was dispatched earlier today reads, “In exercise of the powers conferred on me by article 187 (1) (c) of the Constitution of the Co-operative Republic of Guyana, I hereby discontinue the charge in the above matter.”

Private criminal charges were filed against Chairman of the Guyana Elections Commission (GECOM), Retired Justice Claudette Singh on Wednesday at the Georgetown Magistrate’s Court over alleged misconduct in office.

Ondaan alleged that between March 16 and May 18, the GECOM Chair “acted recklessly and unlawfully” when she disregarded the advice of the Legal Officer of GECOM on March 16, and the advice of the Chief Parliamentary Counsel, Mr. Charles Fung-a-Fat SC on May 17, that a recount of the votes from March 2 Regional and General Elections was unlawful and unconstitutional, the defendant knowingly caused the Gazetting of Recount Order on May 4, and it amendment on May 29, 2020.

Joseph alleged that Singh “between May 29 and June 23, 2020 acted recklessly and unlawfully when she breached the court order gazetted in the Official Gazette on May 4, 2020 and Amended Recount Order  On May 29, 2020.” And Walcott also alleged that the GECOM Chair “acted recklessly and unlawfully between March 14, June 13, and June 23, 2020 when she refused to accept the Chief Elections Officer’s report on the March 2, 2020 elections.”

The GECOM chair has always maintained that her decisions are always made within the ambit of the law. Many local attorneys had dubbed the charges as malicious.