Political Scientists split on dialogue before or after declaration of results 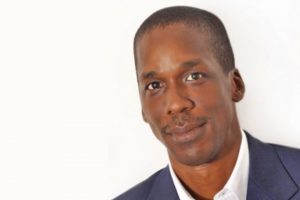 Three political scientists are split on whether A Partnership for National Unity+Alliance For Change (APNU+AFC) and the People’s Progressive Party (PPP) should hold talks before or after the Guyana Elections Commission (GECOM) declares a winner in the March 2, 2020 general elections.

APNU+AFC on Wednesday said it was ready to talk with other political parties to ensure peace and craft the future of  Guyana. “The APNU+AFC coalition, in the national interest, and with a view to maintaining stability and peace, remains open to dialogue with other political parties and stakeholders on the way forward for our country.  the apnu+afc coalition is prepared to act responsibly to bring a resolution to the ongoing political situation,” the coalition said.

The coalition emphasised that fraudulent votes must not be factored into the final declaration of the election results to represent the will of the electorate as that would amount to a violation of Guyana’s constitution and the fundamental principles of democracy.  The coalition restated that the 34-day national vote recount uncovered “massive irregularities and extensive fraud which cannot be foisted on the guyanese people to contrive an outcome that betrays the will of the electorate.”

New York-based Guyanese Political Science Professor, Baytoram Ramharack has already said that if the David Granger-led APNU+AFC coalition realises that the international community is pushing it out of office, it would call for talks. “If it gets to that point that they really have to hand over power to the winner, they will try to negotiate. Now, I think that is one possibility but I believe, at this stage, based on what we are hearing from some of the key elements of the coalition, they are talking about having a new election,” he told News-Talk Radio Guyana 103.1 FM.

Dr. Ramharack earlier this week doubted that APNU+AFC would be willing to share power,

even as the coalition continues to lose court cases “when everybody else are saying this has to end.”

Caribbean pollster, Political Scientist Peter Wickham believed that if the Chief Elections Officer, Keith Lowenfield and Region Four Returning Officer, Clairmont Mingo are granted amnesty from charges for alleged electoral fraud, the coalition would change course. “It is possible that they will begin to behave differently because it would then mean they are not risking prosecution and being locked up for the rest of their natural life which frankly is what they are looking at if the government changes tomorrow,” said Wickham who has worked in several Caribbean countries. He recalled that the leader of Trinidad and Tobago’s Jamaat-al-Muslimeen, Yaseen Abu Bak’r had held political dialogue for an amnesty for leading the 1990 coup.

He likened APNU+AFC for displacing the lawfully elected government as the Jamaat without “firing a shot.”

Mr. Wickham suggested that for APNU+AFC to talk about power-sharing now  smacks of opportunism because the coalition has failed to open such a dialogue with the People’s Progressive Party (PPP) since winning the 2015 general elections. “I don’t believe on the 11th hour on the 11th day that we can be having a conversation about power-sharing after you have an election that you have clearly lost,” he said.

Arizona-based Political Science Professor, David Hinds, for his part, said the time was drawing close for APNU+AFC and the PPP  to go to the negotiating table without the involvement of foreigners, including the Americans and Caribbean Community (CARICOM),  to find a political settlement and discuss the future of Guyana. “This matter has gone past and election…and nobody is talking about what the Guyanese people. The Guyanese people want their country and if the Guyanese people are going to hold on to their country, the two political leaders and leadership need to sit down at the table and figure out a way to end this impasse. Other people need to get the hell out of Guyana’s business,” he said. 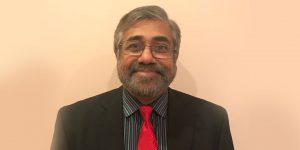 Dr. Hinds said the major stumbling block is two-fold, with one of the political parties depending on the court system and another on external forces.

He warned that Guyana was “on the brink” of another situation like in 1964 when Guyanese “slaughtered” each other. Told by Mr. Wickham that the court and the international community are pointing in the direction of a PPP victory, Dr. Hinds insisted that “nothing is clear, the election is in dispute and it is threatening the holistic nature of our country; it is threatening to tear our country a part,” said Dr. Hinds, an executive member of the Working People’s Alliance (WPA) and known advocate of power sharing.

Dr. Hinds further cautioned that if either APNU+AFC or the PPP is declared the winner, “it will break the country up.”