LIAT can be restructured in 90 days 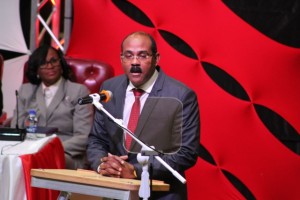 Antigua and Barbuda looks set to surge ahead with plans to restructure Liat after the governments of St Vincent and the Grenadines and Barbados Monday night agreed to sell their shareholdings for $1.

Prime Minister Gaston Browne made that disclosure on OBSERVER  Tuesday morning after revealing that his regional counterparts have backed his plans to reorganise the ailing carrier.

In addition to the selling of shares, the shareholders, during a virtual meeting on Monday, agreed to sell three of the airline’s planes that are charged by the Caribbean Development Bank (CDB).

This, Browne said, will help to reduce Liat’s debts.

“Even though there will be a residual value the governments will continue to make payments on the residual value after the proceeds of the planes is applied to the loans at CDB,” Browne said.

He said with the plan LIAT will be able to “rid its books of those debts and give us the opportunity now to speak to other creditors and to try and re-organise to make the institution viable.”

The nation’s leader is hopeful that the process to reorganise the airline could be wrapped up between 60 to 90 days.

“We are hoping between 60 and 90 days. The lag may not necessarily be bad in the sense that a number of countries have not opened their borders as yet and the demand for passenger lift is relatively low at this time,” he said.

“We believe that next winter there will be a significant increase in demand and that will be a good time for LIAT to recommence operations,” he added.

St. Vincent and the Grenadines, and Barbados have said they could not afford to inject more state funds into the already cash-strapped airline whose fortunes have been worsened by the closure of most airports across the Caribbean due to COVID-19.

Most of LIAT’s staff are based in Antigua.