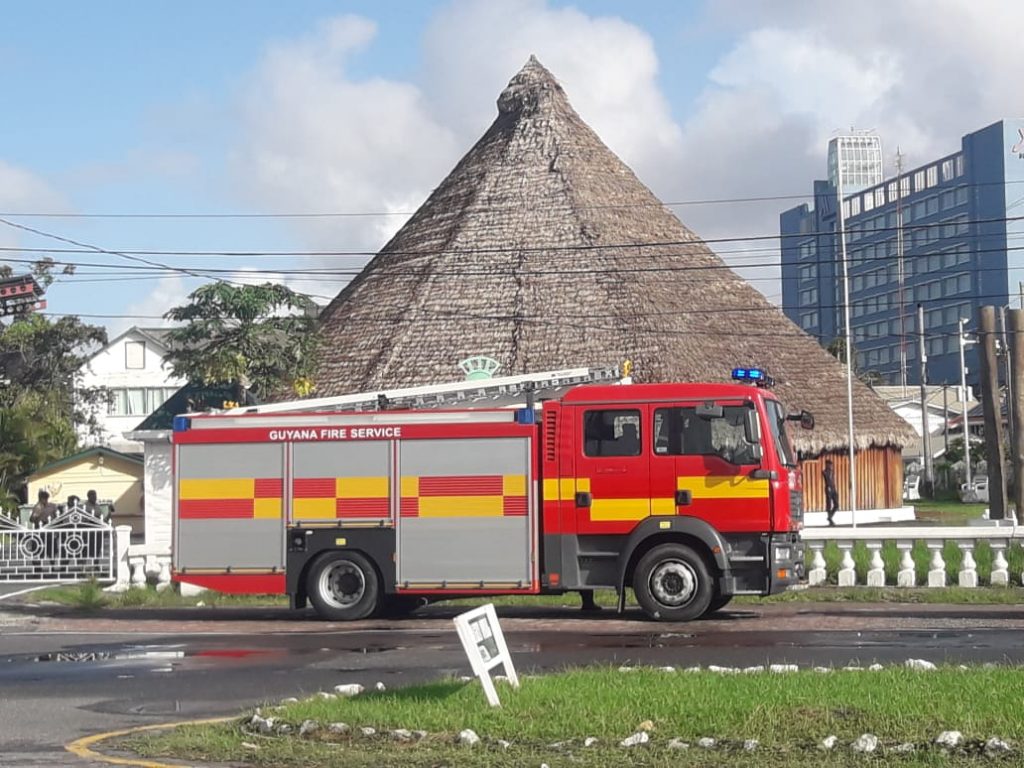 An attempt was made to burn the Umana Yana, a government-owned meeting place, in Kingston, Georgetown, early Sunday morning, Fire Chief Marlon Gentle said at the scene.

He told News-Talk Radio Guyana 103.1 FM/Demerara Waves Online News that an unidentified man was seen scampering away from the scene. He said remains from an explosive device were retrieved by police.

“A man was seen running, then he threw an object, then the object ignited the roof. Luckily, the fire was retarded and the security there was alert and they put the fire out with the use of fire extinguishers,” he said.

Two small patches of the thatched roof were barely scorched.

He said “pieces of evidence were removed last night such as incendiary devices.”

This is the second time in less than one year that someone has attempted to burn down a government building in that area, the first having been the colonial era wooden building, which houses the Transport and Harbours Department headquarters, immediately west of Umana Yana. 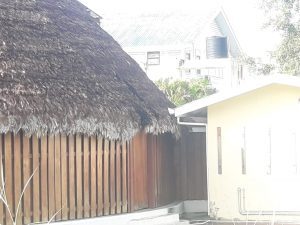 Fire in September, 2014 destroyed the Umana Yana and that thatched roof facility was rebuilt with a few modern features including solar power and additional cooling.

Police on July 8 prevented the Suddie Magistrates’ Court from being burnt down after an arsonist set fire to the Magistrates’ chair and desk.

A bottle, with kerosene, and two chisels were recovered from the scene.