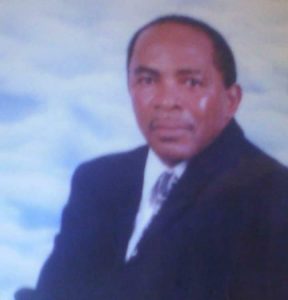 Former Comptroller of Customs, Clarence Chue died on Wednesday at a city hospital.

A relative, who confirmed his passing, said he was 70 years old.

He was rushed to the Woodlands Hospital Wednesday afternoon where he succumbed.

Chue had suffered a stroke several years ago.

Chue’s career had  met a stormy end under the People’s Progressive Party (PPP) when he was sacked for alleged fraud in 1999. The court had subsequently ordered his reinstatement but he had been blocked from entering the then Customs House on Main Street.

With the backing of workers who had been members of the Guyana Public Service Union (GPSU), he had managed to enter the building but that was short-lived.

The then government had then secretly established the Guyana Revenue Authority (GRA), effectively making Chue redundant and appointed a Commissioner-General.

Chue’s passing is the second former senior tax official to have died in as many days.

The first was former GRA Commissioner-General, Kurshid Sattaur who lost his battle to cancer.  He was buried on Wednesday.