“If each of the political parties genuinely believe it has won, then they should have no fear of the current recount”- CARICOM’s Representative to the OAS 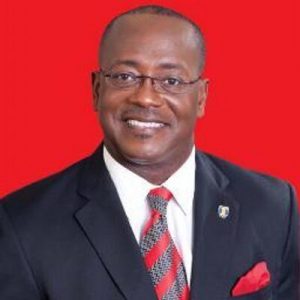 STATEMENT OF CARICOM AMBASSADORS at the OAS
(delivered by the Chair of the Group, Ambassador Noel Lynch of Barbados)
on Wednesday, 13 May 2020
at a Meeting of the Permanent Council
on the item: Update on the March 2, 2020 general elections in Guyana. A report by the Chief of the OAS Electoral Observation Mission His Excellency Bruce Golding, former Prime Minister of Jamaica

Mr. Chairman, the Permanent Representative of Guyana has the individual right and the obligation to speak directly to this Permanent Council, concerning the Guyana general elections of March 2nd, 2020 which is the subject of this item on our agenda.

I am honoured to speak on behalf of all the other members of the CARICOM Group.

Mr. Chairman, we acknowledge His Excellency Mr. Bruce Golding, the distinguished former Prime Minister of Jamaica, and congratulate him on the excellent job that he and his team did on behalf of the OAS in observing the elections.

The Caribbean Community was as pleased that the experience of Mr. Golding was sought to lead the OAS Mission, as we were glad that the expertise of His Excellency Mr. Owen Arthur, the former Prime Minister of Barbados, was utilized to head the Observer Mission of the Commonwealth of Nations.

We recognize that, with the financial support donated to the OAS Secretariat, Mr. Golding was able to remain in Guyana after polling day, and to maintain a strong presence, along with the Commonwealth, European Union and CARICOM teams, as controversy arose over the counting and tabulation of the votes.

That presence was vitally important in seeking to ensure that the result of the vote was transparent and credible.

Had these Observer Missions not persevered in Guyana, a result might have been declared that would not have commanded the acceptance of the Guyanese people, or the respect and approval of the international community.

As it stands, Mr. Chairman, more than two months after polling day, and after expressions of concern by all Observer Groups and several judgements by the Courts a recount of the votes cast in the elections started a week ago on May 6th.

As regrettable and troubling that this long delay has occurred, it is important to acknowledge that a recount is now taking place, and that the process is being observed by local teams and external agencies, including the OAS.

CARICOM countries have a special role.

We have been invited by all political parties, with the consent of the Guyana Electoral Commission, to scrutinize the recounting process.

We are carrying out that key role diligently, under the guiding principle that every valid vote must be counted, and every vote must count.

From the experience of the last week, it is clear that the recount will go beyond the 25 days, originally estimated for its completion.

This inordinate time is due to two factors.

The first is the intense scrutiny to which each ballot is being subjected for the satisfaction of all the contending political parties, and each observer mission.

The second is the physical distancing rules that have had to be applied because of COVID-19.

This latter factor limits the number of people who can participate in the manual counting and in observation of the counting stations.

Fortunately, the people of Guyana have demonstrated a commitment to a peaceful process, so that, in spite of frustration with the anomalies that led to the recount, there has been no violence, no social disruption and no civil disorder.

The people of Guyana should be commended for their patience and for their commitment to democracy and their determination to maintain it.

That is why we of CARICOM regard ourselves as the most legitimate interlocutors in the Guyana situation.

We have no interest in which political party wins the election.

If each of the political parties genuinely believe it has won, then they should have no fear of the current recount, and they should all support it.

CARICOM’s interest is that, at the end of the recounting process, democracy must be the winner.

CARICOM countries are not merely a group of countries held together by rules; the majority of them are held together by values rooted in centuries of history and fraternity, and in a bitter struggle for their peoples’ rights, including the right to elect governments freely and fairly in a democratic process.

If democracy fails in any CARICOM country, it fails in the larger Community.

As an institution, CARICOM cannot allow this to happen in any member state.

That is why CARICOM has been engaged, by invitation, in the general elections process in Guyana from the beginning, and why, by consent of all parties, we are scrutinizing the recount of the votes in an effort to see a transparent and credible result, and a legitimate government elected at its end.

Democracy is sacrosanct in CARICOM as a Treaty Organisation, and the institution will not abide its erosion.

We are mindful, Mr. Chairman, that irregularities occurred not in the system by which the Guyanese electorate cast their votes on March 2nd, but in the presentation of the count afterwards.

The Guyanese people deserve a credible and transparent process to put into office a legitimate government that they elected.

CARICOM takes its scrutineering role in this recount extremely seriously.

We intend to see it through to a transparent and credible conclusion.

And, Mr. Chairman, we expect to return to this Permanent Council to keep it apprised of the progress of CARICOM’s work.