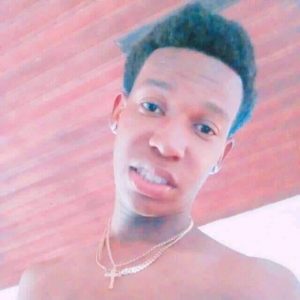 Two young men were killed in an accident on the East Bank Public Road on Sunday night when the speeding car they were travelling in slammed into the concrete median and then into a fence.

Police were told that the motor car, bearing licence plate, PVV 7570, was speeding south along the eastern drive lane of Bagotstown Public Road when the right side front of the vehicle collided with the concrete median which separates the road. Police the accident occurred at at about 9:15pm. 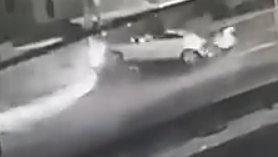 A screen-grab of the vehicle

As a result of the impact, police say the driver lost control of the vehicle which careened into a concrete fence situated on the eastern side of the road and came to a halt after it slammed into a utility pole.

The driver and occupants who received severe injuries about their bodies were taken out of the vehicle in an unconscious state by public spirited citizens.

Marcus and Simmons were pronounced dead on arrival at the Diamond Hospital.

Previous: O’Brien puts up Digicel HQ, cash to seal debt deal
Next: GECOM gets green-light to adjust recount hours, no quarantine for foreigners