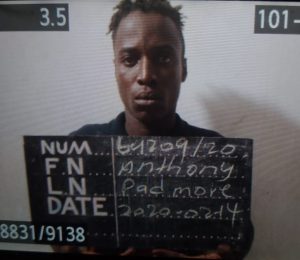 Four prisoners have escaped from the Lusignan Prison, and they include two murder accused, one for drug trafficking and another for robbery under arms, the Director of Prisons, Gladwin Samuels said Monday morning.

Samuels said they escaped from the Holding Bay of the Lusignan Prison.

This story is being updated… Stay tuned.