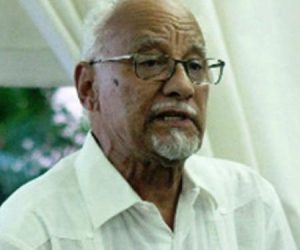 Dr Gilkes will be remembered for his meaningful contribution to the theatre industry in Guyana, the Caribbean and other parts of the world. His last work was a film called “Maira and the Jaguar People”. It was directed and produced by him in collaboration with the Makushi community of Surama. North Rupununi, Guyana.

Dr. Vibert Cambridge of the Guyana Cultural Association gave a tribute saying, “It is with sadness that we share this announcement. Dr. Michael Gilkes was among the first of our awardees. Thanks for all you gave. R.I.P Michael.” 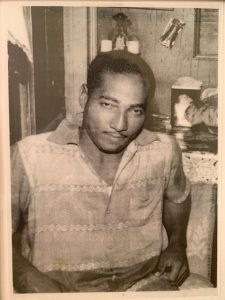 And, a former Guyanese newspaper cartoonist also lost the battle to COVID-19.

He is Samuel Rudolph Seymour also known as Rudy.

His son, Claude Seymour, says his dad passed away at 93 years in New York City.

He was the artist and writer of The Burnham Story, The Preacher Meets Big Mama, Peter Palaver and many others.

Rudy was also a popular cartoonist for the New Nation, Guyana Graphic, The Guyana Chronicle, Argosy and other print media in Guyana.

In his younger days, he was also a jazz singer and musician.

(Jessica Daw contributed to this report.)