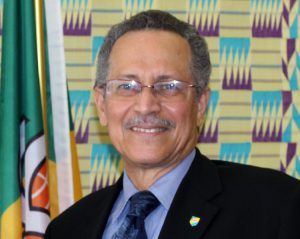 “The threats and warnings of sanctions from major powers with whom trade, development and investment must rid our country of poverty, illiteracy and inadequate health care for all Guyanese must be taken seriously and avoided,” said Gomes who served as ACP chief from 2014 to 2018.

The Guyana Gold and Diamond Miners Association (GGDMA) and the Georgetown Chamber of Commerce and Industry (GCCI) has also expressed similar fears of sanctions as the country’s oil, gold, sugar, rice, timber, liquor and other exports will “suffer as we will be unable to access the level of trade that we presently enjoy.”

“In this globalized world, no country is an economic island; Guyana’s financial and social prosperity is inextricably interlinked to its relationship with international trading partners. We do not wish for Guyana to become a pariah state, thereby facing sanctions that would cripple our fledgling economy and squander any gains that we have made over the many years of struggle,” those private sector organisations said in a joint statement.

Gomes’ advice was issued days before the Commonwealth Ministerial Action Group (CMAG) told Guyana that if the votes in the March 2, 2020 general and regional elections were not counted to ensure a transparent and credible process, the government would be deemed illegitimate. The United States, Britain, Canada and the European Union as well as the Organisation of American States have issued similar calls and have gone as far as saying Guyana could face “consequences” and “isolation.”

Government’s terse reaction to calls by the international community for a recount, saying that “Guyana remains a sovereign state governed by the rule of law” has drawn a sharp retort by the American Ambassador to Guyana, Sarah-Ann Lynch who suggested that the Guyana government was exhibiting double standards on the issue of democratic values that both countries share. She noted that in May, 2018 Guyana was a party to a statement by the Lima Group of Nations against an undemocratic government in neighbouring Venezuela. 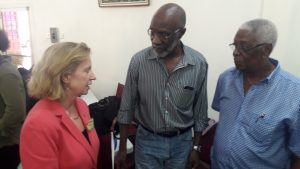 “Such statements are not foreign interference, they amount to good diplomacy by members of the hemisphere’s democratic club. My hope and expectation is that Guyana maintains its good standing as a member of this club by counting all the election day votes through a transparent and credible process. Guyana is certainly not Venezuela; let’s keep it that way,” she said.

The seven-member Guyana Elections Commission (GECOM) is Friday expected to discuss the possibility of a recount at the same time that the Guyana Court of Appeal would be hearing oral arguments on whether the High Court has jurisdiction to hear a request for a judicial review of the Commission’s decision to conduct such a recount and so set aside the 10 electoral district declarations.

With a number of commissioners again hoping that the Caribbean Community (CARICOM) can supervise the national recount, Gomes flayed Guyanese for almost forcing the High-Level team to leave the country without getting down to work.

“The hand of friendship from our CARICOM neighbours, needs to be encouraged and not appear as almost insulted, making it necessary for the CARICOM Team to leave prematurely,” Gomes said. Former Commonwealth Secretary-General, Sir Shridath Ramphal, a former Attorney-General and Minister of Foreign Affairs of Guyana, has also said CARICOM could oversee the recount.

The former ACP Secretary-General issued a stirring appeal for the recount to go ahead. “We have as a country and unified nation to assume our responsibilities. Let the recount begin and credible, verifiable evidence give us the lawfully elected government that our forefathers and mothers fought for and this and future generations deserve,” he said.