Caricom leaders head to Guyana to mediate in post-elections unrest 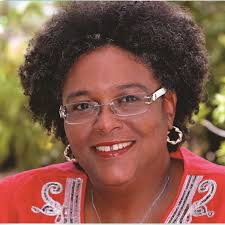 Days after saying the 15-nation Caribbean Community (Caricom) was ready to mediate in an election-related political dispute that saw an outbreak of unrest and violence, Chairperson, Barbados Prime Minister Mia Mottley will be leading a delegation of regional leaders to Guyana on Wednesday.

“In an effort to ease tension in the country and assist in arriving at a resolution to the impasse that resulted from last Monday’s general elections, the delegation will meet with the leadership of all parties that contested the poll,” Mottley’s office said.

The team arrives on Wednesday and leaves on Thursday. During their visit, they will meet with representatives of the Commonwealth, Organisation of American States, European Union and Carter Centre observer missions that were in the country to monitor the conduct of the elections.

The Barbados Nation newspaper reported that Mottley made the announcement Tuesday afternoon during a national address from the Hilton Barbados where the Social Partnership met to discuss COVID-19.

Their arrival is expected to coincide with Chief Justice, Roxane George-Wiltshire’s decision on whether the electoral district of Region Four (Demerara-Mahaica) Returning Officer, Clairmont Mingo should be ordered to verify the votes cast before the results are declared. The results of the nine other electoral districts have been already verified and declared. 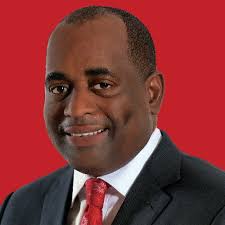 Mitchell said their mission was aimed at bringing some semblance of peace and order to Guyana.

Prime Minister Mitchell recalled: “In 1997 as Chairman of CARICOM we had a similar situation in Guyana where the results of the elections were not accepted by the Opposition and there was some upheaval in the country.” I had to go there and bring peace and we were able to resolve the issue, as CARICOM leading the process.”

Dr Mitchell says as the three oldest leaders in the region, they were asked to join the CARICOM leader.

Guyana held regional and national elections on March 2, but no winner has been declared.

Instead, the matter is tied up in a Guyana High Court after an injunction was filed by a supporter of the main opposition People’s Progressive Party/Civic (PPP/C) to block the Guyana Elections Commission (GECOM) from declaring results.

Should the declared results from the disputed Region Four stand, the ruling coalition A Partnership for National Unity plus the and Alliance for Change (APNU+AFC) would secure another term in office.

There has been some unrest in the streets of Guyana on March 7.  Mottley issued a statement urging all parties to come together for a peaceful solution.