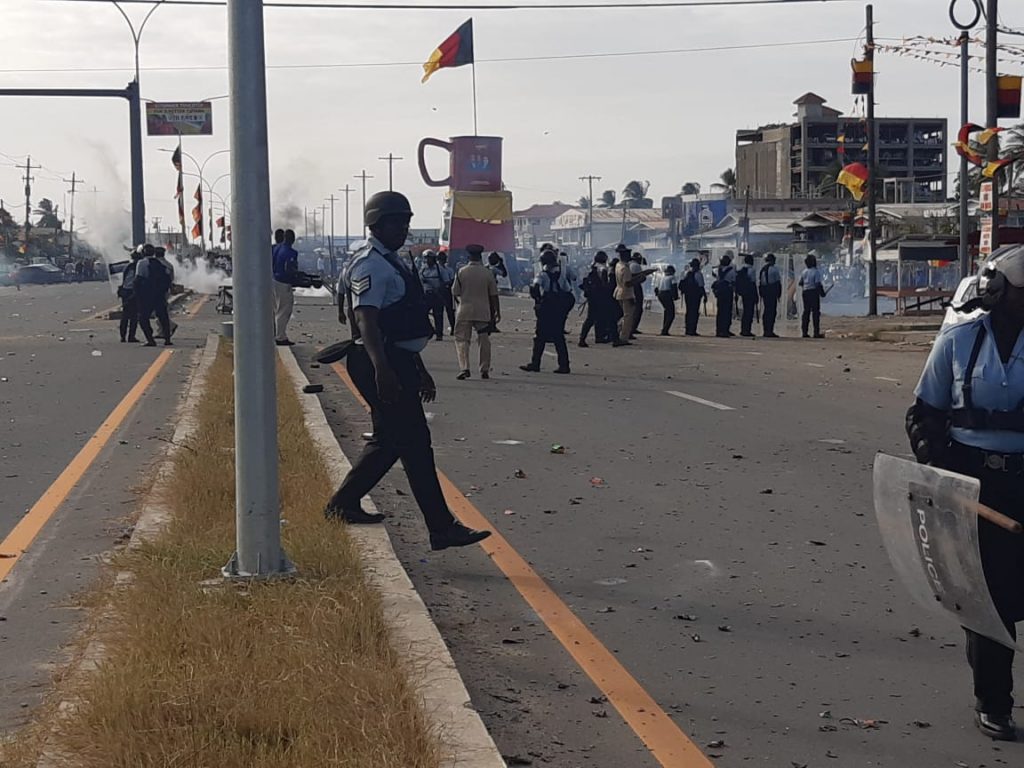 The police action followed the burning of a utility pole that was placed across the Lusignan Public Road.

The decision by the police to disperse the crowd came after top leaders of the People’s Progressive Party (PPP)—Frank Anthony and Anil Nandlall—appealed to their supporters to go home.

The Railway Embankment Road was the only thoroughfare.

About five supporters of A Partnership for National Unity+Alliance For Change (APNU+AFC) were seen moving towards the PPP supporters at Lusignan but eventually they retreated.

Lusignan was not the only place that PPP supporters blocked to protest the outcome of results from the March 2, 2020 general elections based on unverified results from Region Four, authorities said.

Riot squad police were on standby in a 36-seater bus, but they did not take any action until the situation became uncontrollable shortly after 4pm.

At Tain Village, Corentyne, more than 1,000 persons blocked the road.

Across on the West Coast Demerara, authorities there reported that there were several road blockages at Canal Number 1, Demerara Harbour Bridge Junction, Cornelia Ida, and Bell West. At Canal Number 2, residents there burned tires. However, authorities said the protesters were gradually dispersing on their own.

Police in ‘A’ Division, Superintendent Azore said there was no political unrest there. “There is no disturbance or uprising in our division,” he said. 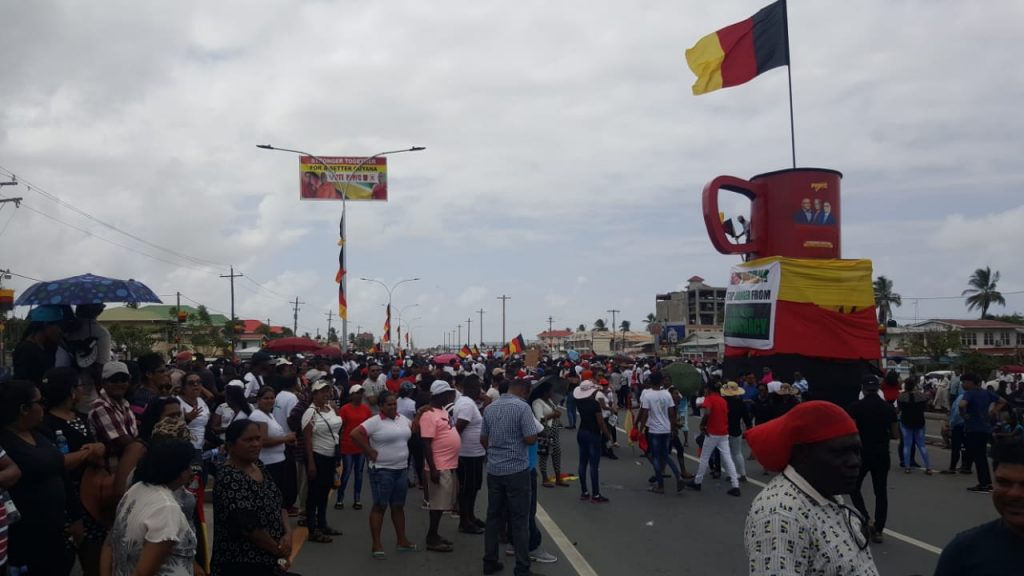 PPP supporters in sporadic protest in Demerara and Berbice.

Meanwhile the PPP appealed to its supporters to be calm, even as its calls for properly tabulated and verified results in Region Four according to the law were attracting support from the United States, Britain, Canada, and the European Union.

“The People’s Progressive Party (PPP) calls on all of our supporters to remain calm and act in a peaceful manner during this period. While we understand the hurt, frustration and fear about electoral fraud being perpetuated against the Guyanese people, we have the solidarity of the international community,” the PPP said.

International observers from the Carter Centre, Organisation of American States, European Union, and the Commonwealth have jointly called for the verification of the results in keeping with the law before the full results of the general and regional elections are declared.

The US, Britain, Canada and the European Union have warned President David Granger that if he is sworn in as President based on the results, his administration would be deemed unconstitutional.

Separately, the United States State Department issued very strong words against the Guyanese authorities who are responsible for the electoral stalemate.

The PPP appealed to its supporters not to go on the streets and breach the law. “The PPP urges our supporters to ensure that none of their actions are in contradiction with the laws of Guyana; stay home and await further guidance from the Party.”