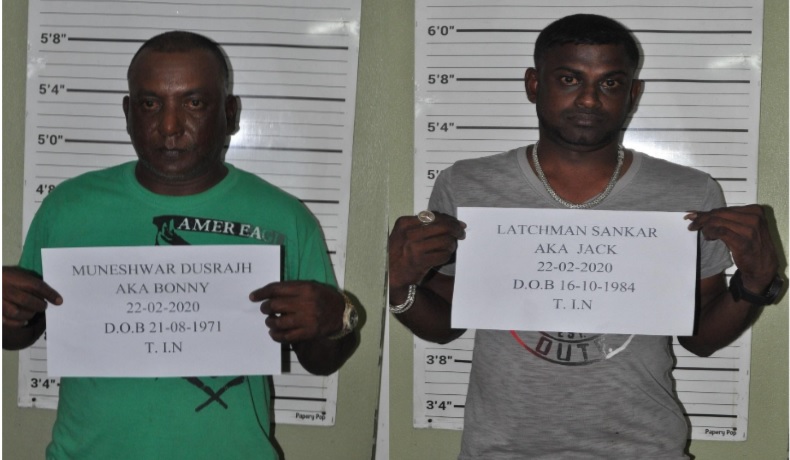 The Customs Anti-Narcotics Unit (CANU) on Sunday said they intercepted a go-fast boat at Parika, East Bank Essequibo, with 27.8 kilogrammes of suspected cocaine and agents are looking for a third person they believed is linked to the bust and who has since allegedly threatened them.

Those arrested so far are 48-year-old Muneshwar “Bonny” Dasrajh and 35-year-old Latchman “Jack” Sankar who were allegedly in the boat. CANU said the fibreglass boat with the suspected cocaine was intercepted at Parika Backdam, East Bank Essequibo, on Saturday.

The fibreglass boat that CANU agents said the two suspects and cocaine were inside when they were intercepted. 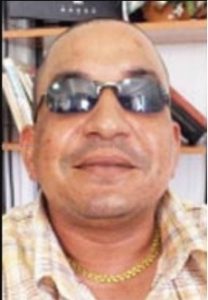 The anti-drug agency said they want to question Ryan “Sancho” Pemberton of Alberttown, Georgetown, about the drugs bust and alleged threats.

CANU said the suspected cocaine was wrapped in 25 parcels.

CANU, which falls directly under the Ministry of Public Security, said it “will continue to tighten its grip on narcotic distributors throughout the country.”