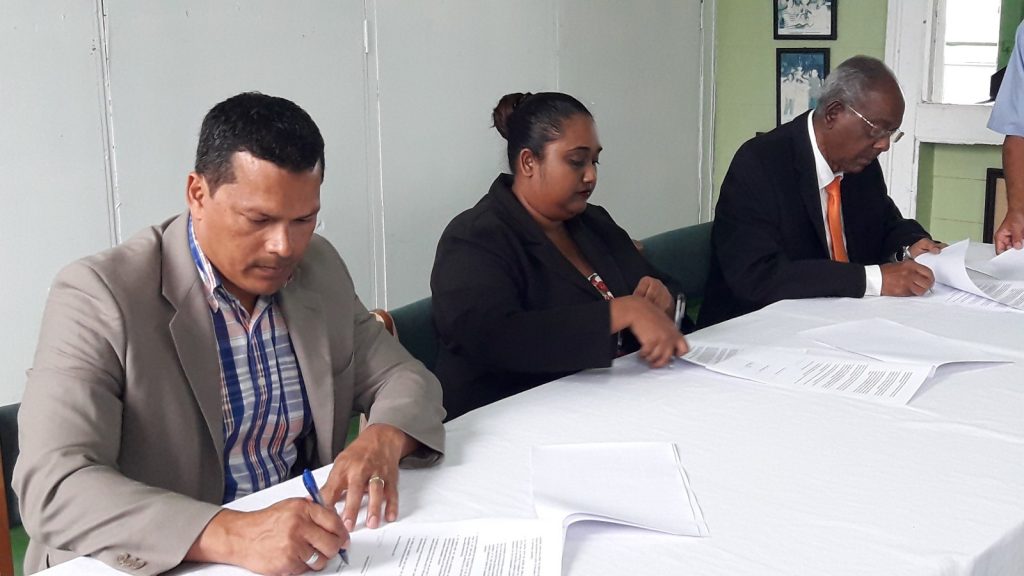 Three of Guyana’s small parties have agreed that their parliamentarians will not join the governing party in exchange for ministerial or other governmental office.

In a memorandum of understanding (MOU), A New and United Guyana (ANUG), Liberty and Justice Party (LJP) and The New Movement (TNM) agreed that they will “not give a minority government a majority.”

ANUG, LJP and TNM also agreed that the occupant of a seat as a result of left-over votes will vote in parliament “only if there is approval of all three parties.” In the absence of approval, they have agreed that they will “abstain” from voting.

ÀNUG, LJP and TNM also agree that they are free at any time to independently campaign or mount joint campaigns.

Against the background that this is the first time in Guyana’s history that the joinder of lists of candidates is being used to contest a general election, the trio said they would dispatch a copy of their MOU to the Guyana Elections Commission (GECOM).

The ‘joinder’ of the lists of candidates allows for ANUG, LJP and TNM to contest the March 2 general and regional council elections separately, but their votes will be combined after GECOM is finished counting to allocate seats to the combination of lists and not to the individual parties. “It sends a symbolic message that the unity we are seeking in the country is being expressed by this agreement. The message is ‘we need cooperation’,” said TNM Leader, Asha Kissoon.

The three parties, in the MOU signed by ANUG’s Ralph Ramkarran, LJP’s Lenox Shuman and TNM’s Dr. Asha Kissoon, say that after the official results are declared they will calculate the number of seats to the 65-seat National Assembly earned by each party. According to the two-page document, any party that has earned sufficient votes to be entitled to seats will nominate parliamentarians for the number of seats in keeping with GECOM’s procedures.

Further, they say if a party wins one or more regional seats but its overall votes earned by that part show that it is entitled to a top-up seat, it shall be entitled to nominate a member of the National Assembly for that seat. ANUG, LJP and TNM add that if the left-over votes of each party entitle them collectively to one or more seats, the seat or seats will be shared by the parties in proportion to the remaining votes contributed by that party toward the additional seat or seats. They say the party with the largest number of left-over votes will be entitled to nominate the first parliamentarian and the parties with the second and third largest number of votes will be entitled to nominate the second and third parliamentarians.