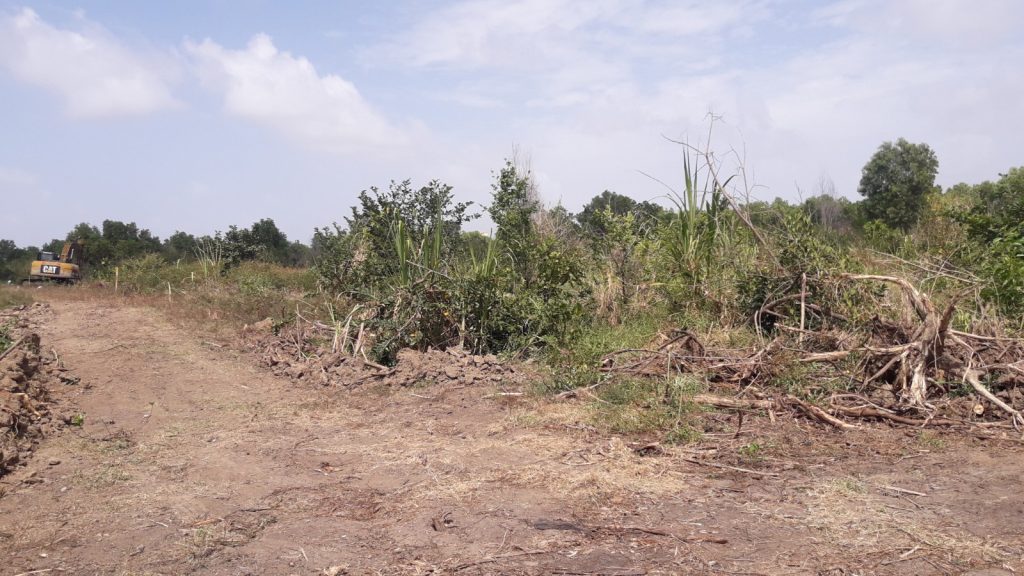 A section of the former sugar estate land at Ogle, East Coast Demerara, where the new 150-room Marriott hotel will be built.

“Trinuyana Investments Incorporated principals are confident that the proposed development will boost the existing architectural and landscape ambience of the Ogle area while providing a sustainable design approach, ensuring that the space remains a unique, iconic, Caribbean-Wide destination,” NICIL said.

A sod turning event for the US$75-million project is scheduled for Thursday at a former sugar cane field at Ogle, East Coast Demerara, away from the flight-path of the Eugene F. Correia International Airport. The Ogle Estate is one of several East Demerara sugar estates that have been closed as part of the restructuring of the state-owned Guyana Sugar Corporation.

NICIL says the hotel is expected to begin construction in March and end in three years. The government holding company for state assets says 400 new jobs will be created during construction, and 200 permanent jobs after completion.

NICIL’s Privatization Specialist Racheal Henry said the AC Marriott Hotel is expected to have 150 rooms and more than four floors.

Mr. Aboud says that the hotel site is a strategic location for the future stressing that the hotel’s presence will further enhance and greatly boost the economic activity taking place at Ogle.

NICIL Chief Executive Officer, Colvin Heath-London says Guyana can expect NICIL pursuing a number of opportunities that will yield significant revenues and benefits for the country.

The government-owned 197-room Marriott Hotel in Kingston, Georgetown, was built at a cost of US$51 million by Shanghai Construction Group.