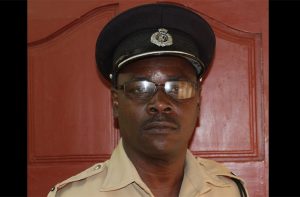 The Traffic Chief of the Guyana Police Force, Linden Isles says he has recommended that all minibus parks be removed to the Railway Embankment in the vicinity of Lamaha Street east of Camp Street.

Mr. Isles says that recommendation is contained in a paper that was dispatched to the Ministry of the Presidency.

If the Traffic Chief’s idea is accepted, the Stabroek Market area will be a drop-off point after which the minibuses will be required to go the Lamaha Railway Embankment bus terminal. “The amount of buses that is registered in each of the parks is far more than the pace and the capacity than the park could hold so we will always have overcrowding at all the bus parks,” he said. “I personally have done a paper and it was sent to the Office of the President, recommending that all the bus parks be removed from Central Georgetown,” he told News-Talk Radio Guyana.

Under the proposed arrangement, he said the buses would merely drop off passengers at the Stabroek Market area and then go to the Lamaha Street Railway Embankment Bus Terminal for passengers to board to their various destinations “so we have a system whereby we have no buses in and around Stabroek area.”

Traffic Chief Isles says if the minibus parks are removed from the Stabroek Market square, there will be fewer crimes in that area. “It’s a choke-point. Everything is just crammed into that area and we find we have robbery; we have this because persons are liming there, persons are there waiting so if that is removed from there, people will get to go and do their business and move around and go,” he said.

The Traffic Chief of the Guyana Police Force said the law enforcement agency could not limit the number of buses on each route because the public transportation service is free-market driven.