Reproduced from The Washington Times 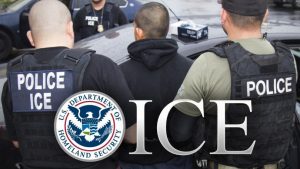 New York authorities released a convicted child abuser into the community, defying an ICE request that he be held for deportation, and he went on to be arrested for yet another case of abuse, federal officials said Tuesday.

U.S. Immigration and Customs Enforcement officers tracked Grachowe Harrichand down last week and plan to deport him to Guyana, his home country.

He’d been ordered deported in 2004 but was in the U.S. as a fugitive earlier this year when he was charged with sexual abuse against pre-teen children. He ended up pleading guilty to a misdemeanor count of “Act in Manner to Injure Child,” and was sentenced to six months.

ICE placed a detainer request on him, which requests deportation officers be notified before a release — and in some cases, that the target be held an additional period of time so officers can get there for pickup.

But the city released him in defiance of the request, ICE says.

In July he was arrested on a new set of sexual abuse charges, and ICE again requested a detainer.

The city defied that one, too, ICE says.

Deportation officers tracked him down Oct. 9 in South Richmond Hill, a neighborhood in Queens.

“Harrichand is a repeat offender when it comes to crimes against a child. Yet, he was released back into the community over and over,” said Thomas R. Decker, director of deportation operations at the New York field office.

New York is one of the country’s most prominent sanctuary cities, with Mayor Bill De Blasio, a Democratic presidential candidate, fiercely defending the policy against President Trump’s threats.

The city won a court case last year to preserve its sanctuary policy, with a judge ruling the Justice Department couldn’t withhold federal funds in order to force the city to surrender its policy.

“It’s frightening that the city is more concerned about the release of a convicted criminal alien, who was ordered deported, than the victims of his crimes,” Mr. Decker said.

The mayor’s office didn’t immediately respond to a request for comment.

ICE has begun a very public campaign to shame sanctuary cities over crimes committed by illegal immigrants that authorities have shielded from deportation.

Two murder cases in the Seattle area over the last few weeks have been tied back to illegal immigrant gang members who were shielded from deportation despite growing criminal records.

And ICE blasted an Oklahoma sheriff’s department for releasing an accused rapist.

The sheriff’s department responded that it alerted ICE to the 3 a.m. release, and nobody was on hand to take the illegal immigrant into custody. The department says it does not believe it has the legal authority to detain illegal immigrants on behalf of ICE.