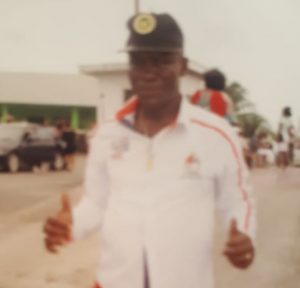 A 53-year old man, who was a tout outside the Georgetown Magistrate’s Court, was early Saturday morning shot dead during a home invasion and robbery, relatives said.

He has been identified as Darrell Breedy.

Relatives said he was shot to his abdomen when he resisted armed bandits inside his home at 2037 Hummingbird Street, Festival City, North Ruimveldt, Georgetown. 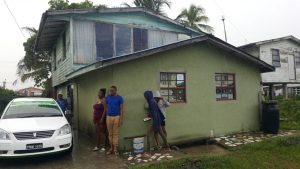 The house in which Darrel Breedy was shot dead.

The bandits fled with a television and GYD$11,000.

Breedy was reportedly at the time home with his 19-year-old daughter when the gun-toting bandits gained entry through a window of the lower flat of the two-storey house.

He put up a fight and received one gun shot to his abdomen. He collapsed and died in his home.

Police were up to daybreak Saturday still at the scene conducting investigations.

Previous: Recent voter registrants to be posted for claims/objections
Next: Carl Greenidge renounces British citizenship; ready to be candidate in next elections