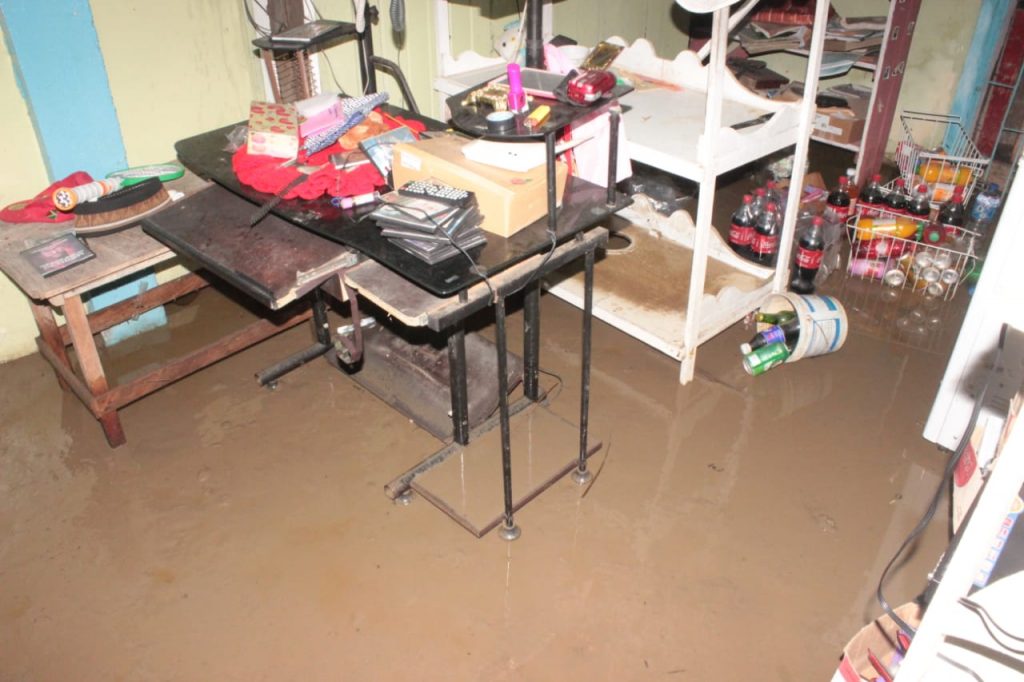 Several villages on the West Coast Demerara were earlier today flooded as a result of a tide that was more than nine feet high.

The Civil Defence Commission (CDC) says “there was no breach of the seawalls. The water has begun to recede”.

The CDC says many residents in these villages were affected with approximately one foot of water in the lower flats of their homes.

The Ministry of Public Infrastructure, Region 3 administration were mobilized to help residents.

Cleaning agents and other supplies were dispatched to the affected villages. 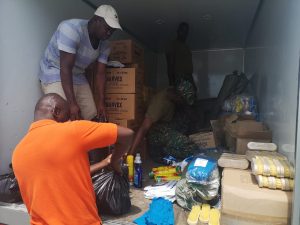 Cleaning agents and other supplies about to be distributed to flood-affected residents on the West Coast Demerara.

The CDC has warned that another slightly higher tide was expected Saturday afternoon at about 3:58. “This will be higher than the last high tide earlier this morning and is likely to result in more over-topping,” the CDC said.

The height was forecast to be 3.31 metres.

The CDC advises residents in the affected areas “to immediately secure the entrances to the lower flat of their homes with sandbags and to elevate furniture, appliances, electronics and other valuable household items. Residents should also seal off electrical outlets which are less than one foot above ground level.”

Before Saturday’s flood, the Ministry of Public Infrastructure had issued a flood advisory.

Previous: US jails Guyanese ‘Cash Jet’ pilot for 13 years for cocaine trafficking
Next: OPINION: Even good news means nothing, only election news does