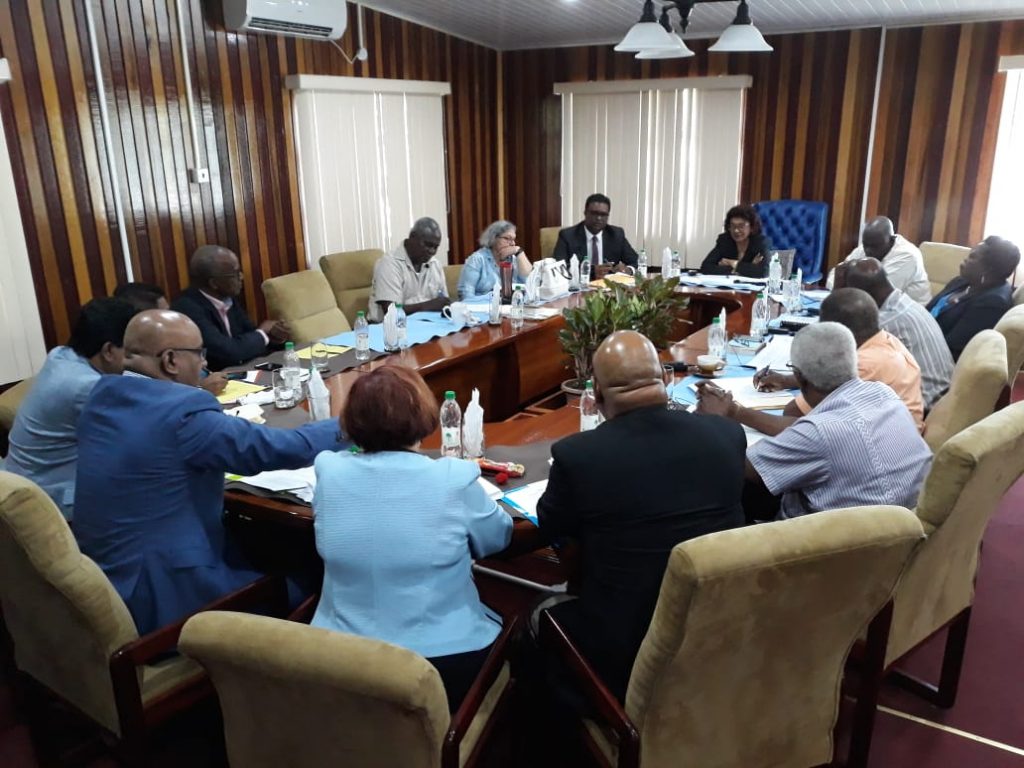 Opposition Leader Bharrat Jagdeo led a delegation into a meeting with the Guyana Elections Commission on Tuesday, September 10, 2019.

Opposition Leader Bharrat Jagdeo earlier Tuesday emerged from a meeting with the Guyana Elections Commission (GECOM) guardedly optimistic about the next steps.

Mr. Jagdeo said he and his delegation from the People’s Progressive Party (PPP) expressed concern about several issues. He says the solution is to move swiftly to claims and objections. He said he and his delegation went through details to show that GECOM’s planned merging of house-too-house registration data gathered in July and August, 2019 would amount to putting together unverified data with the existing National Register of Registrants, it will take a long time to do so, cross-matching of fingerprints would be unhelpful in identifying duplicate registration and the national register would be contaminated with multiple registration.

“We said there is a simpler way to identifying new registrants because only the new registrants can be added to the list and that could be done swiftly in a claims and objections period,” he told reporters after a two-hour long meeting with the seven-member commission.

GECOM commissioners have already alluded to a proposed schedule of activities that takes the holding of general elections possibly to March, 2019.

The Opposition Leader said he left the meeting with the seven-member commission feeling “much better” but he declined to say what exactly gives him reason to be cautiously optimistic. “There were some very encouraging signs and statements made and we would await the discussions from the commission and the decisions of the commission,” Jagdeo said.

And opposition-nominated Elections Commissioner, Sase Gunraj, who was in the GECOM meeting with the opposition leader, was also optimistic. “I must say the commission was very receptive to those ideas,” Gunraj said.

Alexander says he also disputed Jagdeo’s claim that the registration list had been used before. “I made the point that since 2011… In 2011 we saw spikes in certain parts of the country in terms of registration which seemed not to reflect the population,” he said.

GECOM is expected to meet on Thursday.