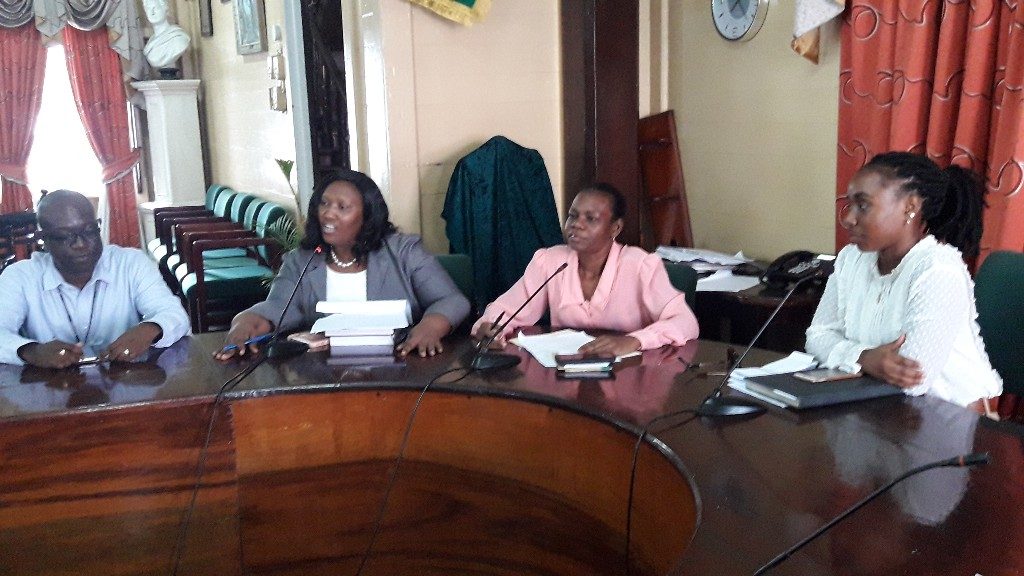 The Georgetown City Council on Tuesday said it planned to move in on a John Fernandes Limited (JFL) site at Houston Gardens, East Bank Demerara, to enforce a “cease order on the construction of a petrochemical bond by an American company that has been contracted to supply ExxonMobil.

Town Clerk, Sharon Harry-Munroe told reporters that despite the issuance of the order construction work was still underway, a situation the council was unprepared to tolerate. She said city constables and other officials were later Tuesday expected to be deployed to the site.”We are addressing having members of the City Constabulary, along with the building inspectors to go out there to stop the work,” he said.

Officials said city councillors on July 22 issued the order but City Hall received “several complaints” that the bond was still being constructed.

They said City Hall was still awaiting responses from the Environmental Protection Agency and the Central Housing and Planning Authority on the cease order application.

Nalco Champion (Guyana) Inc, which has leased the location from JFL for the warehouse, said on July 18 that it ceased operations pending regulatory approval based on an impact assessment. Nalco has said all required safety measures for transportation, storage and transfer of those chemicals would be put in place.

City Engineer, Kenston Boston said the cease order was dispatched on July 26. “We are appealing to the John Fernandes community to cease all works until the issues or the complaints are addressed and the issues resolved in that manner” he said.

Chairman of the City Works Committee, Eketa Edwards made it clear that “we do believe that the petrochemical bond should not be constructed within that area. It’s also unauthorised work.”

Meanwhile, City Hall also formally ordered Houston Estates to cease the back-filling of a navigational canal in Houston. Deputy Town Clerk, Sherry Jerrick said that action “poses a risk as well as it interferes with the drainage of our City”.