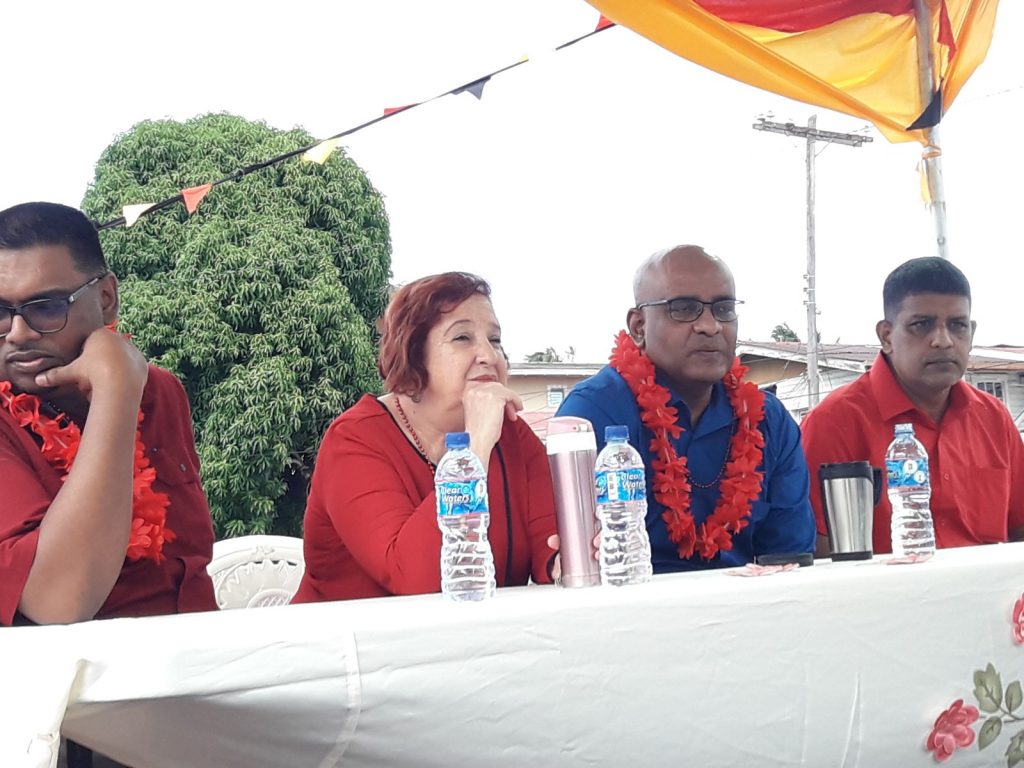 People’s Progressive Party Civic (PPPC) presidential candidate, Irfaan Ali on Wednesday said his party was not overreacting to Finance Minister Winston Jordan’s assertion that the governing coalition was now in a period of “war” now that the Caribbean Court of Justice (CCJ) has ruled that last December’s no-confidence motion was valid.

The Opposition Leader’s office, through Gail Teixeira, has since complained to Police Commissioner Leslie James and the Ethnic Relations Commission (ERC) about contents of Jordan’s speech at a government outreach meeting at Bartica on Tuesday.

We are in a war to execute the government’s Green State Development Strategy using our bountiful resources that are expected to start flowing next year,” he said.

However, the PPPC’s presidential candidate rejected suggestions that his party was blowing Jordan’s remarks out of proportion. “No, no, no. That is not an overreaction at all. That is a clear statement that is inciting a particular type of behaviour and we cannot tolerate that,” he said. 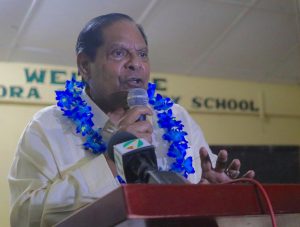 In her letter to the Police Commissioner, Teixeira reminded him that he was in Bartica at the same time with Jordan and Prime Minister Nagamootoo for saying that there would be trouble if there was no house-to-house registration to facilitate youths 18 years and over to vote in the upcoming General and Regional Elections and that he on Tuesday donned his olive green shirt because he was in battle mode.

“These statements are inciting and a threat to public order and safety and are in contempt of the Caribbean Court of Justice rulings of June 18, 2019,” she said without explaining their contemptuous nature.

Nagamootoo said, “The young people, who turned 18 since the last elections, their names are not on that voters’ list and anyone who calls for an election without our young people being on that voters’ list, they’re calling for trouble in this country. Our young people, who are in fact, the beneficiaries of the wealth that will flow, they are entitled to choose a government that would guide how the money should be utilised and so we have a battle ahead of us.”

Teixeira called on the Police Commissioner to abide by his warning on March 21, at that time when the legitimacy of the government had been questioned, that anyone found breaching the peace “will be dealt with in a condign manner”.

“Your statement of March 21, 2019 is more relevant now than then as we have now the rulings of the Caribbean Court of Justice, the highest court, and we are all therefore expected to abide by the CCJ rulings that the No Confidence Motion is valid and elections must be held within the shortest time.

“I, therefore, call on you as Commissioner and the custodian of public safety and order to carry out your mandate vigorously and to publicly defend, preserve and protect the rule of law and the Guyana Constitution in our nation,” she said.

She noted that the CCJ has found that the unilateral appointment of the Chairman of the Guyana Elections Commission was flawed and in breach of the constitution; that the No Confidence Motion was valid, that 33 votes was the majority of all 65 elected members of the National Assembly and that Charandass Persaud’s vote was valid and that Persaud was free to vote outside his party’s list.

The PPP, in a similar letter to the Ethnic Relations Commission, called on that constitutional body to urge President David Granger and his ministers to respect and comply with the CCJ ruling, as well as temper any potential conflict. “I therefore call on the ERC to carry out its constitutional mandate vigorously to promote peace and harmony and to stand publicly in defence of the rule of law and the constitution,” Teixeira told the bipartisan ERC.

Previous: Nagamootoo is “royalty” and the “best prime minister” – Harmon
Next: ANUG questions constitutionality of James Patterson as GECOM Chairman