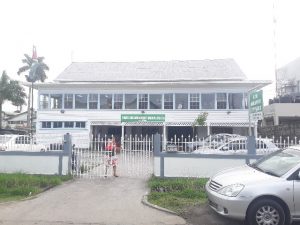 Even as the Local Government Commission (LGC) prepares to decide the fate of several Georgetown City Council officers against whom disciplinary action had been recommended by an inquiry, the administration is yet to hand over records to allow the Auditor General to conduct an audit into the financial dealings.

LGC Deputy Chairman, Andrew Garnett told Demerara Waves Online News that the commission intends to exercise a range of options against the officers based on the charges of dereliction of duty and incompetence. “It depends on the degree of those infractions. It doesn’t talk about dismissal outside of (now fired Town Clerk) Royston King. There was no recommendation for dismissal of the others and you have to treat the matter on the gravity of the offence,” he said.

The LGC intends to write the officers within 14 days detailing action by the commission barring any further intervention by the lawyers. He added that a number of the officers would be given time to put their house in order or face disciplinary action.

City Engineer, Colvern Venture has since been given seven days to respond to a letter dispatched to him by the LGC, the constitutional body that enjoys the power to hire, discipline and fire officers of the local government system across the country. This was after all of the named officers had been called in, accompanied by their lawyers, and led defence on why disciplinary action should not be taken.

The Deputy LGC Chairman had expected City Hall to long hand over records to the Commission for forwarding to the Auditor General to continue his work that began in March, 2019. “We have since written to them, instructing them to hand in all these documents so that we can pass them on to the Auditor General using the authority vested in us,” he said. Garnett said in the absence of the audit, the LGC would have to be deal with administrative inefficiencies.

Three persons, including the Treasurer, have been retired on medical grounds.

The Commission of Inquiry, which was conducted by former Chancellor of the Judiciary Cecil Kennard, probed alleged fraud, abuse of power and authority and other aspects of maladministration at City Hall.