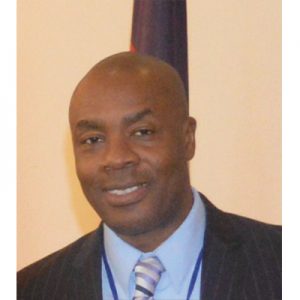 Former Executive Director of the Caribbean Financial Action Task Force (CFATF), Calvin Wilson on Saturday cautioned that if Guyana does not maintain a clean bill of financial health, oil companies and staff would encounter bottlenecks in sending their profits and earnings overseas.

He told a media workshop organised by the Guyana Press Association (GPA) that if Guyana does not satisfy international benchmarks to fight money laundering and other financial crimes, even foreign employees of upstream, middle and downstream oil companies might find it hard to pay their children’s tuition fees abroad.

“If it were to be the case that Guyana were to be deemed to be high-risk and put on any of the blacklist or not adhering to international financial standards, then it will be difficult for countries to repatriate their profits and if any of the workers in this burgeoning sector were to have high wages and they are supporting their families… the ease with which they transfer money to their family members on a monthly basis will be placed in jeopardy,” Wilson, now a private consultant on Anti-Money Laundering and Countering of Financing Terrorism (AML/CFT), told the more than 50 participants at Cara Lodge, Georgetown.

He noted that since 2000, most Caribbean countries have been blacklisted by the Financial Action Task Force (FATF) and its Caribbean regional body, the CFATF, the Organisation for Economic Cooperation and Development, the Financial Stability Forum and the European Union, among otherr watchdogs.

Guyana has since been taken off the FATF blacklist.

However, the former CFATF Executive Director said Guyana has to be prepared for a CFATF on-site assessment next year.

“The assessment will have implications for the country’s reputation, it’s ability to attract and retain foreign direct investments, and for ordinary citizens to engage with the international financial system because when you lose your reputation by being deemed to be high-risk, a major money laundering country by the US State Department annual INCSR (International Narcotics Control Strategy) Report, it has implications for you because investors and regulators around the world are looking at these reports, looking at these lapses and making decisions on where they will place their investments and how they treat with the international institutions and companies operating in Guyana,” he said.

He recommended that Guyanese journalists focus on when the assessment would be conducted, Guyana’s state of preparedness for the two-week assessment and what the plans are to fix the deficiencies.

Wilson said an FATF review would consider, among other things, the state of the financial crime fighting architecture and “shortcomings” could adversely impact on Guyana. “When you go into that process, it’s extremely difficult to get out. It takes a very long time,” he added.

The AML/CFT consultant, who is a Trinidad-born British attorney, said some countries are in a “pool” based on their financial assets with the option of being taken out and reviewed.