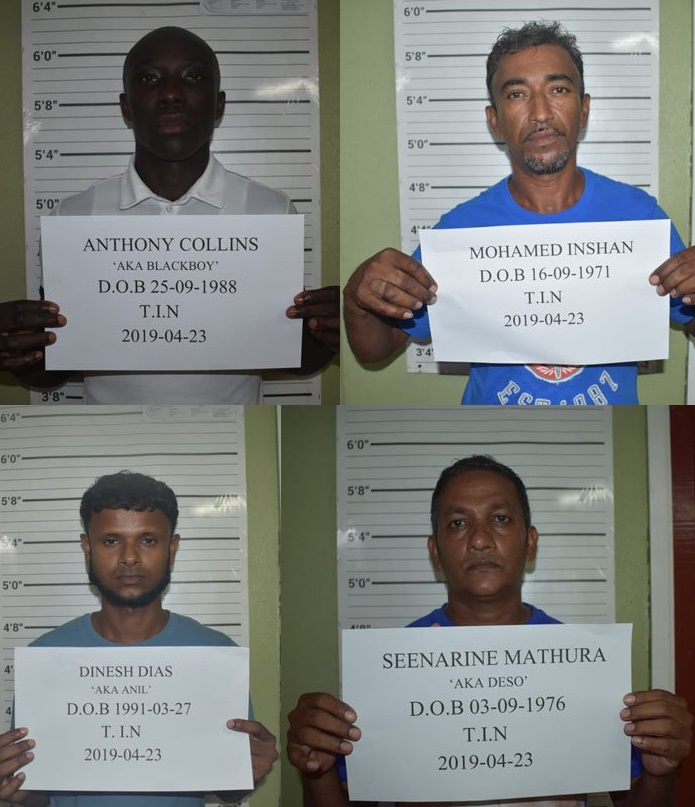 The quartet that CANU has charged in connection with the discovery of more than 1.8 kilogrammes of cocaine at a house at Timehri, East Bank Demerara.

The Customs Anti-Narcotics Unit (CANU) said Thursday it foiled a plan to smuggle cocaine in a fire extinguisher on an outgoing flight.

“The suspected narcotic was unearthed concealed in a fire extinguisher believed to be destined for placement on an aircraft for an international destination at CJIA (Cheddi Jagan International Airport),” CANU said in a statement.

Four men are expected to be arraigned in a Lower Court on Friday. They are Dinesh Dias, Anthony Collins, Seenarine Mathura and Mohamed Inshan.

Previous: Op-Ed: The current voters list is fundamentally flawed and should be scrapped
Next: Guyanese woman charged in federal sting with smuggling migrants from Bahamas to Miami