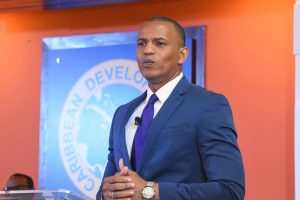 Guyana is among four sugar-producing Caribbean Community (CARICOM) member nations that will be the focus of a regional study on the prospects of substituting imported refined sugar with plantation white, the Caribbean Development Bank (CDB) said Tuesday.

The Barbados-headquartered financial institution says it is collaborating with CARICOM to gather evidence to decide on the future of sugar in the regional trade bloc.

CDB says it will provide a grant of US$97,488 to fund a technical study on the substitutability of plantation white for refined sugar in the Region’s manufacturing sector.

“The findings will enhance the capacity of the Council for Trade and Economic Development (COTED) to make decisions on the CARICOM sugar regime, and will also contribute to a wider exercise being undertaken by the Customs Committee of the COTED to comprehensively review the Common External Tariff, to facilitate the transition to the free circulation of goods and a more modernised application of rule of origin,” the bank added.

CDB’s Director of Projects, Daniel Best notes, “We import two-thirds of the estimated 320,000 tonnes of the refined sugar consumed annually within CARICOM. If plantation white can be substituted for refined white sugar, regional producers can capture a larger share of the sugar market and the Region can save considerable foreign exchange. The findings of this study will provide, therefore, data needed to make critical investment decisions for the sugar industry.”

The Project is consistent with CDB’s objectives of supporting agriculture and rural development and promoting evidence-based policy-making as a tenet of good governance. It is also in keeping with the Bank’s Technical Assistance Policy and Operational Strategy.

The CDB is a regional financial institution established in 1970 for the purpose of contributing to the harmonious economic growth and development of its Borrowing Member Countries (BMCs).

CDB’s total assets as at December 31, 2017 are valued at US$3.02 billion with US$1.64 bn of Ordinary Capital Resources and US$1.38 billion of Special Funds. The top three credit rating agencies — Moody’s, Standard and Poor’s, and Fitch Group — have given the CDB a stable creditworthiness rating of AA+/Aa1, the second highest for the Bank’s strong financial backing and cash reserves. Read more at caribank.org.