Gov’t to rehire its dual citizenship MPs; other ministers to act for them

The Guyana government on Tuesday said other ministers would act for the four dual citizenship Members of Parliament (MPs) who resigned Monday in keeping with decisions by the Guyana High Court and Court of Appeal.

“For the ensuing period, as is the usual practice, these portfolios would now be held by sitting members of Cabinet who previously acted for these ministers on leave or out of the jurisdiction,” government said in a statement.

It is unclear who will act as Foreign Minister, since Harmon has also resigned. 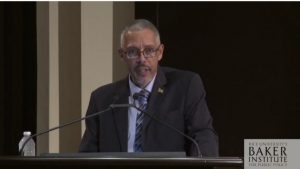 “Cabinet looks forward to names being extracted from the APNU+AFC Coalition list of candidates to fill the vacancies of the MPs who have resigned their seats,” Cabinet said.

Plans are also in train to rehire the former ministers and legislators. “While it is conceded that the Constitution strictly bars a person who holds dual citizenship from being an MP, they are not precluded from remaining in government service. This is a matter to be addressed by the President who will finalize ways in which the four resigned MPs will serve in government,” Cabinet said.

Cabinet said it was satisfied that the resignation of the four ministers as this fully accords with the decision of the courts. 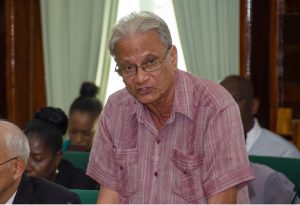 According to the statement, following rulings by the High Court and the Guyana Court of Appeal, President David Granger had sought Cabinet’s advice on how to definitively address the status of MPs who hold dual citizenship.

“The Courts have held that it is unconstitutional for persons swearing allegiance to a foreign state or power to be eligible for election to Parliament. Consequently, the four Government MPs who were also ministers, submitted to the President their resignations from the House,” Cabinet said.

On reviewing this development, Cabinet described” the action by the ministers as politically correct and as a demonstration of their respect for the rule of law.”

Cabinet thanked the four resigned MPs for “their yeoman and exemplary service to the people of Guyana and looks forward to their future contributions in their new roles.”

The opposition People’s Progressive Party has said two of its three dual citizenship MPs – Gail Teixeira and Odinga Lumumba – plan to renounce their Canadian and American citizenships. It is unclear whether Adrian Anamayah would also follow suit.

The unconstitutionality of dual nationals being candidates or parliamentarians came to the fore after then government MP, Guyanese-Canadian Charrandass Persaud, last December voted in favour of an opposition-sponsored no-confidence motion aimed at unseating the government.

The Guyana Court of Appeal upheld the validity of Persaud’s vote and said that the cabinet automatically stand resigned after the passage of a no-confidence motion and that the President and government remain in office as a caretaker to hold general elections within the prescribed 90 days of the vote’s passage.

However, the Guyana Court of Appeal overturned the High Court’s decision on the validity of the no-confidence motion, saying it should have been passed by an absolute majority of 34 votes instead of 33.

Opposition Leader Bharrat Jagdeo, political commentator Christopher Ram, and Charrandass Persaud have all appealed aspects of the Court of Appeal decision to the Caribbean Court of Justice.