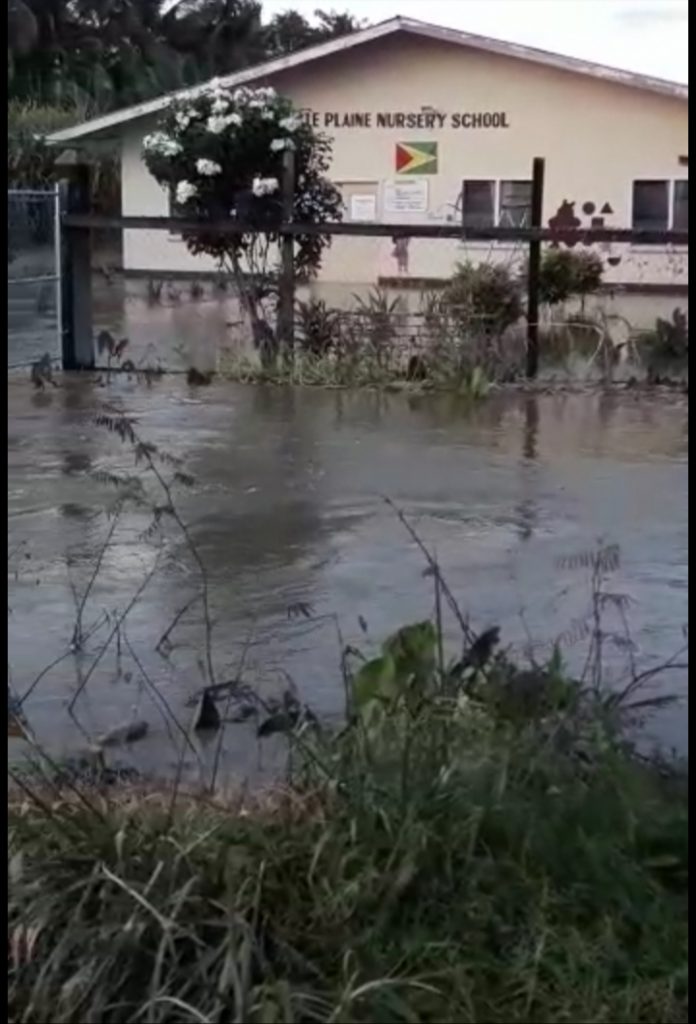 A section of the western side of Wakenaam Island, Essequibo River, was late Wednesday inundated with flood waters after a koker door collapsed, apparently due to intense pressure from the spring tide.

Demerara Waves Online News understands that most of the residents at the village of Sarah were not badly affected because their houses are built on stilts.

However, the Belle Plaine Nursery School was flooded with at least six inches of the murky water. There will be no school on Thursday because of a national holiday.

The Civil Defence Commission (CDC) is said to be aware of the situation there and the Neighbourhood Democratic Council was overseeing the mobilisation of materials and machinery to repair the koker.

“They are currently taking steps to replace the door when there is low tide in another few hours,” a source on the island disclosed.

The Ministry of Public Infrastructure recently warned coastal and riverain residents of the likelihood of flooding due to unexpectedly, unusual high spring tides.