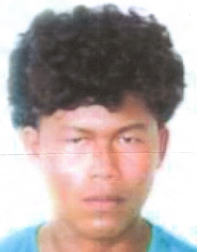 Guyanese police on Monday issued a wanted bulletin for a prime suspect in the stabbing death of an excavator operator at Capoey Village, Essequibo Coast.

Investigators want to question Carl “Ralph” Welcome Jnr. for the murder of of Shervin Melville between 16th and 17th December, 2018.

Police said “all information will be treated with the strictest confidence.”

Welcome, 19, is from North West District, and Swan, Soesdyke-Linden Highway.

Melville’s body was found with a knife to the neck.

Police had been told that Melville had been drinking with a then unidentified man at his home.

Melville had lived there with his 20-year-old wife and their two-month old baby.