Guyana needs to be ready for any emergency in mass gathering – Civil Defence Commission Dir. General 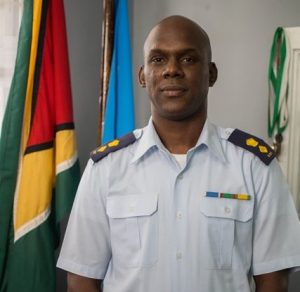 As the government moves to ensure the safety of all Guyanese, the Civil Defence Commission (CDC) completed a national policy on Mass Casualty Management (MCM) and Incident Command Systems (ICS). the CDC will be taking steps to implement the policy countrywide.

Acting Director General of the CDC, Lieutenant Colonel Kester Craig said that Guyana, like any other country, is vulnerable to the impacts of natural and man-made hazards. Hence, the country must work to enhance its collective capacity to be able to provide an effective response to emergencies and disasters at all levels.

During an interview, the Director General highlighted that with the completion of the policy, the CDC will be looking to implement the guidelines in all regions.

“The policy was drafted at the end of 2018 with support from the Pan American Health Organisation/World Health Organisation (PAHO/WHO), and this year we are working to implement the policy, training persons, and to ensure organisations including the private sector, follow the policy and ensure that systems are in place,” Lt. Col. Craig was quoted as saying by government’s Department of Public Infrastructure.

He explained that the CDC wants to promote the use of the plan, whenever there is a mass gathering, to alleviate or reduce the impact of any arising emergency.

“I recall sometime last year there was a stampede at one of the shows at the [Guyana (Providence) National] Stadium and we want to have the systems in place so that we are able to save lives.”

He pointed out also, that with upcoming activities such as Mashramani and the Guyana Carnival, “Guyana needs to be ready for any emergency. Last year, during carnival, we utilised elements of the policy, Mashramani was the same thing and we were able to keep all instances of emergencies at a minimum,” Craig said.

“We also want to roll out elements of this policy in the regions, because I believe right now, we have Mashramani celebrations started already in the regions. So, there is where our regional system can kick in and put systems in place, we don’t know when an emergency will occur. But when you have the system in place, we are able to reduce the impact of the emergencies,” he stressed.

In February 2018, the government, through the CDC, collaborated with PAHO/WHO, the Ministry of Public Health and the Canadian High Commission in Guyana for a one-week Mass Casualty Management (MCM) and Incident Command Systems (ICS) workshop, with 86 participants from 20 organisations, each of which is now internationally-accredited in mass gatherings management techniques. Forty-two of the participants completed the ICS, and 39, the MCM training.