“Quarters” arrested for gunning down man near City Hotel 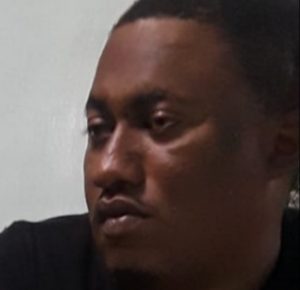 A suspect in the early Sunday morning gunning down of a Suriname-born Guyanese man in Georgetown was arrested hours later, police sources said.

The suspect has been identified as 26-year old Winston “Quarters” Wade of 59 Stanleytown, New Amsterdam, Berbice.

Sources said Wade was arrested at Springlands, Corentyne, near the Guyana-Suriname border.

He was questioned, tested for gunpowder residue and was due to be transferred to the headquarters of the Criminal Investigations Department in Georgetown.

Wade was arrested in connection with the murder of Sean Allister O’Brien Greene, 37, of Alberttown and #78 Village, Springlands, Corentyne, Berbice.

No firearm was found in Wade’s possession, police sources said.

The incident occurred at about 4 a.m. Sunday at Forshaw Street, Queenstown, in front of a hotel .

Investigations said Greene was standing in front of the hotel with others when an unknown person or persons approached and discharged rounds at him and fled the scene.

The victim was rushed to the Georgetown Public Hospital where he was pronounced dead on arrival.