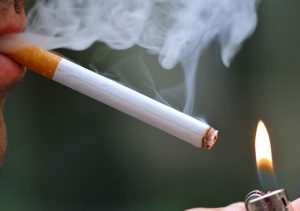 Cigarette smoking in Guyana will next year cost cost more as Finance Minister, Winston Jordan announced on Monday a raft of taxes on the tobacco product.

He told the 65-seat National Assembly, in presenting the 2019 National Budget, that the “new regime for taxing tobacco” would include a specific Excise Tax of GYD$$2,500 per 1,000 sticks, together with Customs Duty of 100 percent and VAT of 14 percent.

He said government was expected to rake in GYD$50 million in taxes from these measures, while at the same time reducing smuggling and simplifying administration”.

“This year we have taken initial steps to incentivise at-risk individuals to make healthier choices by increasing the taxes and duties on cigarettes, thereby discouraging their use,” Jordan added.

The Finance Minister said he also next year intend to make the following amendments to reduce the Excise Tax charged on Shandy and other beverages containing less than 1 percent alcohol by volume, from $126 per litre to $65 per litre. The revenue foregone is $37 million.

Also, he said the Excise Tax charged on indigenous wines and other fermented beverages that are manufactured using 100 percent local inputs would be reduced from $150 per litre to $65 per litre. The revenue loss is $128 million.