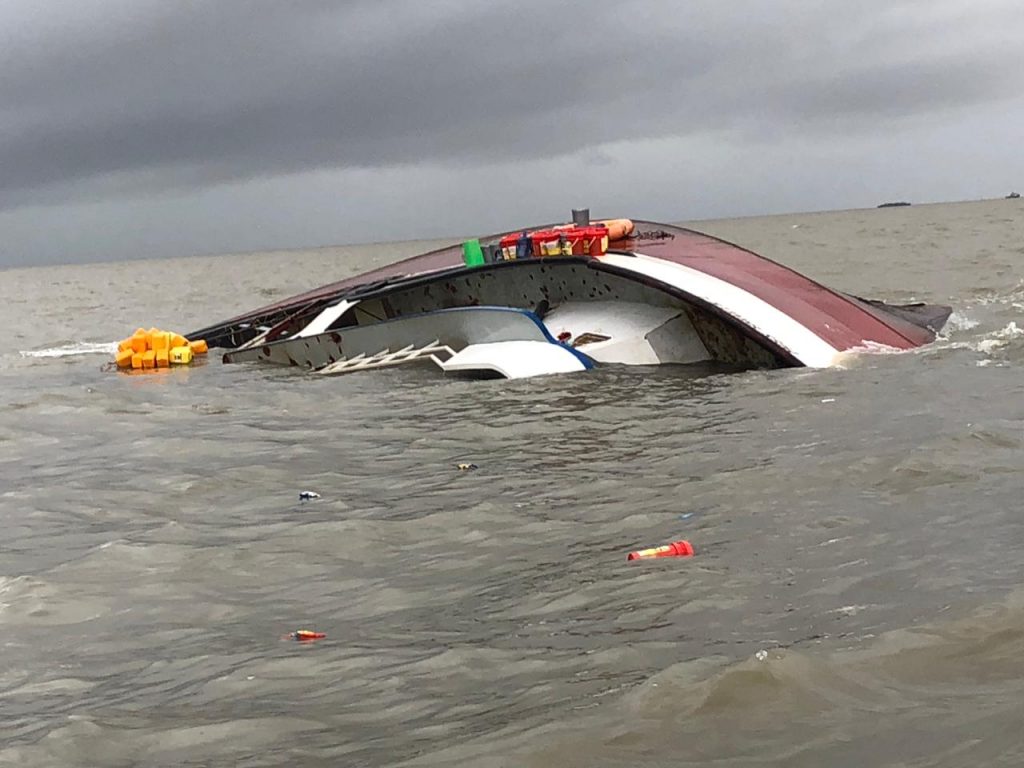 A cargo boat sank early Sunday morning off the coast off North Western Guyana as it was taking ‘goods’ from Georgetown to Mabaruma and Port Kaituma, sources said.

The captain and all crew members were accounted for, but evidently the cargo has been destroyed.

At the time of the incident, the vessel was being captained by Rupert Patterson of the Linden-Soesdyke Highway. The other crew members were Devon Marshall of Mahaicony; Andy Donald of Wales, West Bank Demerara and Devon Conniers of Kumaka, North West District.

The mishap occurred at about 5 AM Sunday when the vessel was reportedly about half an hour away from, Mabaruma, its first stop to offload cargo.

Sources said the Guyana Defence Force Coast Guard responded to a distress call and rescued the men. Those aboard reportedly told authorities that the boat sank while entering the channel of the Waini River. A strong wind drifted the boat off course on mudflat where it capsized.