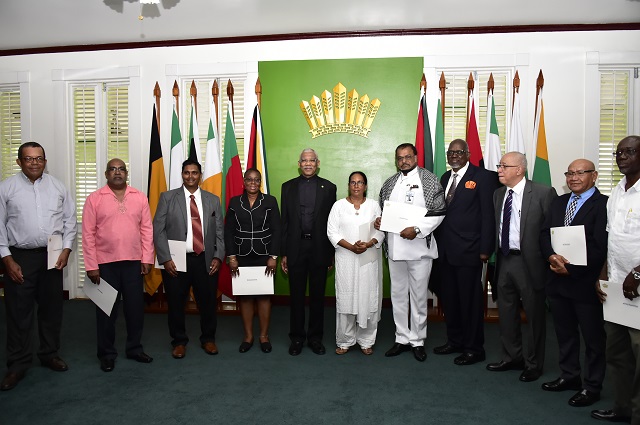 Opposition Leader Bharrat Jagdeo on Monday announced that the People’s Progressive Party (PPP) would be complaining to the Ethnic Relations Commission (ERC) about Minister of State, Joseph Harmon’s threat against opposition supporters and councillors who sabotage government operations.

Jagdeo told a news conference that he was not taking lightly Harmon’s announcement, which appeared to be an attempt to “justify the massive defeat” at the November 12, 2018 Local Government Elections (LGE). “He issued a direct threat to a large number of people on the basis of their political affiliation,” said Jagdeo who is also the PPP’s General Secretary.

The mainly East Indian-backed PPP intends to file the complaint before weekend against Harmon whose People’s National Congress Reform/ A Partnership for National Unity receives the bulk of its support from Afro-Guyanese.

“The incendiary nature of his speech hat could affect ethnic and political harmony and we would like the Ethnic Relations Commission to have a full-fledged investigation of this matter,” Jagdeo said.

The State Minister, addressing a Thank You rally at Sophia last Saturday night, said the time has come when government would no longer tolerate PPP-controlled Neighbourhood Democratic Councils only providing services to opposition strongholds or continue to employ PPP supporters who act inimical to government’s interest.

Harmon’s reference to PPP Campaign Manager for Grove, East Bank Demerara, Steve Rafeek, who was recently arrested for allegedly stealing fuel markers from the Guyana Energy Agency did not also go down well with the Opposition Leader. He suggested that the arrest of Rafeek was aimed at removing persons who are vigilant and opposed to fuel smuggling by persons linked to the coalition-led government.

“This is not about getting rid of corruption. Getting rid of someone in the fuel markers is probably to give them a free,” he said.

The Opposition Leader accused government of negatively affecting the delivery of goods and services by politically interfering in and by a number  Regional Democratic Councils  and Neighbourhood Democratic Councils. He also cited Linden as an example of incompetent delivery of goods and services although the coalition controls the RDC and the Linden Town Council.

2018-11-19
Denis Chabrol
Previous: OPINION: From the big stick of gunboat diplomacy to the political correctness of oil diplomacy
Next: Guyana files documents with International Court of Justice to prove jurisdiction on border controversy with Venezuela