“We don’t want a clash” with teachers; govt offering what it can afford- Granger 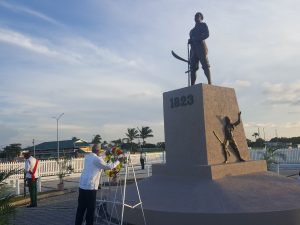 President David Granger on Monday virtually ruled out government making a higher pay offer and he appealed to teachers not to disrupt classes.

“The Minister of Education is working towards an agreement. We don’t want a confrontation, we don’t want a clash. We value the service of teachers,” he said hours after the Guyana Teachers Union reconfirmed that an indefinite strike would begin on August 27, 2018 and continue into the new academic year.

Granger told reporters that government could not afford to pay the more than 7,000 teachers more because monies had to be found to deal with other expenses.  “We’d urge the teachers, in light of the obligations of the government to other sectors of the economy…I think that some of the demands are justifiable and we provided the funds which could, in our estimation, provide relief to the teachers,” Granger said. However, the teachers have rejected an offer of GY$700 million to pay all categories of teachers for 2018 and GY$200 million to readjust the salary scales of some teachers.

Stressing that government was “continuing to work for a solution” in recognition of the teachers’ rights and government’s own obligations, the President reminded that the salaries of the lowest paid teachers have been increased by 50 percent at a time when government had to find GY$32 billion to deal with inherited problems in the sugar industry

After the teachers had last year threatened to strike, President Granger had set up a joint task force to resolve the dispute over salaries, allowances and other conditions of work. That task force recently recommended a 40 percent hike, but the Finance Ministry later said it could not afford that and allowances that were being demanded. After a review of the task force’s report by Finance Minister, Winston Jordan Cabinet had mandated Minister of Education  Nicolette Henry to make the latest offer totalling GY$900 million. 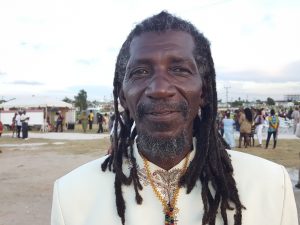 Meanwhile, Aaron Blackman of the Bachelor’s Adventure village, at a commemorative event for the 195th anniversary of the 1823 Demerara Revolt , highlighted the importance of teaching and education. He called for a speedy resolution of the pay dispute. “I pray earnestly that the Guyana Teachers Union and the Ministry of Education can humbly, cooperatively and sensibly work to avert a strike that can seriously harm our national development programme for a very long time,” Blackman said.

The GTU executives planned to seek legal advice on whether it is possible to obtain a High Court injunction to block the Ministry of Education from deducting salaries for strike days because striking is a legal right.

Striking teachers will, according to the GTU,  not be receiving cash strike relief because the union cannot afford it.

2018-08-20
Denis Chabrol
Previous: No cash strike relief but teachers still vow to abandon classrooms; GTU to seek legal advice on blocking salary deductions
Next: Minibus fares to increase from September 1; code of conduct in the making