The move-able part of the proposed new Demerara River bridge through which ocean-going vessels will pass.

The Guyana Police Force’s Special Organised Crime Unit (SOCU) is considering the opposition People’s Progressive Party’s (PPP’s) request for a probe into Cabinet’s award of a contract to a Netherlands-headquartered company to conduct a feasibility study for a new Demerara Harbour Bridge.

“The matter is now engaging the attention of the Guyana Police Force,” Head of SOCU, Special Assistant Police Commissioner, Sydney James told Opposition Chief Whip, Gail Teixeira. He also told her that her that Minister of Public Security, Khemraj Ramjattan; Commissioner of Police, David Ramnarine and the Police Legal Advisor, Retired Justice Claudette Singh have been informed of her complaint.

The PPP alleges that Cabinet and Public Infrastructure Minister David Patterson violated the Public Procurement Act by warding a GY$148 million contract to LievenseCSO Engineering Contracting BV  to conduct a feasibility study and design for the new Demerara Harbour Bridge because the law does not allow either party to unilaterally award contracts for goods and services without seeking the approval of the National Procurement and Tender Administration Board (NPTAB).

James told Teixeira that SOCU received her correspondence dated August 15, 2018 and “supporting documents” “for an investigation” by that law enforcement unit of the police force.

Teixeira has asked SOCU to consider the report  by the Public Procurement Commission, which includes findings and recommendations, to conduct a “comprehensive investigation” “with a view to instituting criminal charges against the Minister of Public Infrastructure.

“Due to the seriousness of their findings and the gross violations of the Procurement Act, with particular reference to the role of the Minister of Public Infrastructure in violating the Procurement Act and the most recent Code of Conduct as outlined in the Integrity Commission, Act, I hereby call on the S.O. C.U. to take action as required under the law,” she told SOCU in her August 15, letter.

The Public Procurement Commission has deemed the award of the contract to LievenseCSO Engineering Contracting BV illegal because it was not forwarded to the NPTAB for approval and that the General Manager of the Demerara Harbour Bridge Company, Rawlston Adams inked the agreement without the approval of that company’s board. 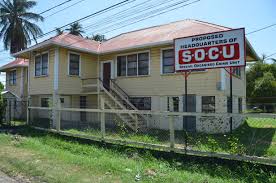 In defending the decision to award the contract to LievenseCSO Engineering Contracting BV, the Ministry of Public Infrastructure said in the final analysis said after faithfully following the procurement process and not getting the desired result, it received an unsolicited proposal from LievenseCSO Infrastructure & Environment with Econovision and Ace Consultancy which was one of the 23 shortlisted firms.

“Having regard to the fact that this was an unsolicited proposal for a matter for which a suitable candidate was not found after a rigorous and lengthy tender process and there being no established procurement rules for dealing with unsolicited proposals, a Cabinet Paper was prepared on the matter on November 18, 2016 and submitted for Cabinet’s consideration,” the ministry said.

“MPI reiterates that lengthy procurement procedures were faithfully followed which did not yield suitable results. Having thereafter received a proposal which satisfied the government’s requirements for this project of national importance and given the relevant time constraints, it was felt that it was in Guyana’s interest to take advantage of the proposal. It is for this and other stated reasons that Cabinet’s approval was sought.”

Having reviewed the two proposals, the Evaluation Committee deemed one of the two detailed submissions as being inconsistent with what was required and the other far in excess of budget, even after negotiations with the bidder. Consequently, with the agreement of the NPTAB, the MPI annulled the tender, the Ministry added.