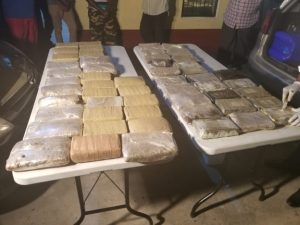 The marijuana and cocaine that CANU said they found stashed in two plastic bottles in a vehicle at Parika Public Road.

Guyana’s Customs Anti-Narcotics Unit (CANU) has announced one of its single biggest drug hauls – 35 kilogrammes of marijuana and 13.8 kilogrammes of cocaine- since its establishment several years ago.

Those arrested and expected to be arraigned on Tuesday, June 12, 2018, are Khamraj Lall, Marlon Lawrence, Rajendra Persaud, Cleve Thornhill, and Doodnauth Chattergoon. 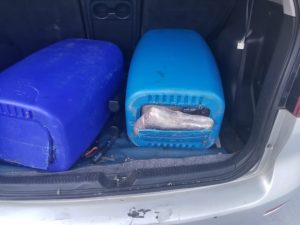 The bottles that CANU said the marijuana and cocaine were concealed at the time of the interception at Parika Public Road.