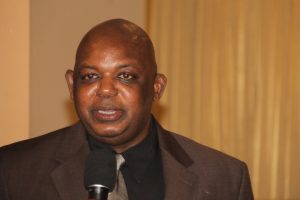 That money, he said, would be spent on urgent reconfiguration, re-conductoring, and building some redundancy to stabilise the system.

Minister of Public Infrastructure, David Patterson, who holds ministerial responsibility for the electricity sector, said he would be asking Finance Minister, Winston Jordan for more money to finance the rehabilitation and configuration of the system.

Labelling as “absolutely too high” the losses estimated at 29.6 percent or for ever 100 kilowatt hours of electricity the produced, there is “a lot of revenue being burnt and revenue not coming in”. He hopes that eventually reduced losses would result in lower tariffs being charged and a more stable system.

In the area of generation, he said 50 megawatts of the just over 130 megawatt generating capacity is “very old and in need of replacement so they fail regularly and there are shortfalls” along with a very small reserve margin. Estimates show that about 70 megawatts of electricity are being self-generated by larger customers due to GPL’s unreliable service. “If we address the reliability, we’d probably bring some of these people on which would help to bring down the average cost to consumers.” he said.

The GPL CEO noted that last year, the power company’s entire system shut down 25 times, something he considered “very unusual” because if it happens once, that is usually cause for concern. 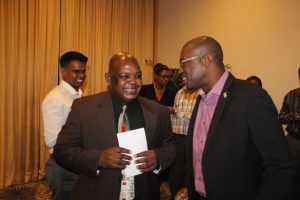 Saying that “simply the biggest challenge is keeping the lights on”, the Gordon identified one of the problems as the fact that the distribution lines that take power to buildings are connected directly to the generator. “That’s not how you configure a power system,” he said. Gordon, who has had extensive experience at Jamaica’s electricity and water utility services, explained that the electricity should be generated, sent to high voltage lines to sub-stations for the voltage to be reduced before the power is distributed to customers. “In that way, the generator is shielded from events that may happen on the distribution lines that run along the road so right now that’s not the case with a number of sub-stations,” said the Jamaica-born Gordon.

He cited as an example the Kingston Power Station that could be easily shut down if a tree falls on a power line leaving that facility, the fault feeds back to the generators causing them to trip off. At the same time, the other generators go off to protect themselves and so “the entire system goes down”.

Gordon said another problem facing GPL is little back-up to supply uninterrupted electricity without customers knowing that there was a failure of a piece of vital equipment or the need for line maintenance. He noted that there are several lines from the power station going to a number of stations which could result in several areas leading to one station being out of power if there is a fault on a particular line. While there is need for system separation, the GPL CEO said there was need for balance between the electricity output and consumption to avoid the generators from shutting down to protect themselves.

The new CEO of the Guyana Power and Light hopes to spearhead the implementation of strategic planning, ensuring safety and self-sustainability of its financing. A new Board of Directors is expected to be appointed in the coming days.