Deported to Guyana, man went back to Canada and returned to life of crime; convicted and faces second deportation

Reproduced from The Record 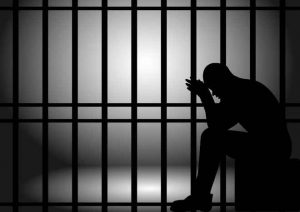 KITCHENER — A man from Guyana deported from Canada 21 years ago after racking up several criminal convictions — including one for robbery — sneaked back into this country and returned to crime.

Sheikh Ally, 47, was sentenced on Thursday to a little more than six years in prison, minus enhanced pretrial custody, afterpleading guilty to a slew of charges, including identity theft and possession of fentanyl, heroin, cocaine and meth for the purpose of trafficking.

After serving the sentence, the Kitchener man will again be deported to his native Guyana.

“Mr. Ally obviously is an exception,” she said. “Most immigrants are not committing the offences Mr. Ally does.”

Ally came to Canada in 1988, met a woman in Kitchener, got married and became a permanent resident.

After convictions for robbery, possession of stolen property and breaching court orders, he was deported in 1997.

Using his brother’s passport, Ally illegally returned to Canada in 2008 and has been here ever since. Inexplicably, he got a work permit in 2012 and was employed at the Howard Johnson Hotel on Weber Street East in Kitchener.

But he had a job on the side; selling deadly drugs.

Police operating a RIDE program in Whitby last June 15 pulled over his BMW and found a cache of drugs, $2,600 in cash, a scale and dozens of plastic baggies.

Five days later, while Ally was out on bail, Waterloo Regional Police saw him drive to the Howard Johnson and sell drugs.

Drugs seized from his car and his house on the two separate days included 25 grams of fentanyl, 55 grams of meth, 140 grams of cocaine, eight grams of heroin, 30 grams of ecstasy, 25 oxycodone pills, 600 grams of marijuana and two grams of shatter, a potent pot extract.

“This matter involves several different kinds of essentially the worst-of-the-worst deadly drugs,” Nolan said, asking for a sentence of eight to nine years, minus presentence custody.

Ally also had 73 pieces of government identification that didn’t belong to him.

Ally’s pending deportation is a “unique circumstance” that should cut his sentence, said defence lawyer Ryan Heighton, who sought five to six years, minus presentence custody.

“The expense to Canadian taxpayers certainly is something that has to be considered,” he said. “We know he’s going back to Guyana so why should Canadian taxpayers have to pay exorbitant amounts of money for him to be housed inside a penitentiary?”

But Lynch added that if deportation as a mitigating factor was taken to the extreme, courts could impose small fines and no jail.

“This would result in a huge saving for the Canadian public,” the judge said.

“It would also potentially invite persons from other countries to come here solely to commit crime, knowing that if apprehended they would face a nominal penalty and removal to their country of origin. This would be an unreasonable situation.”

Ally apologized in court and said he took responsibility for his actions, but claimed he was not a drug dealer.

“I find this particularly aggravating as it indicates a lack of remorse and really an untenable position,” Lynch said of Ally’s comment.

“There is little sense in posturing at this point. Neither this court or, I suspect, his family members can accept his denial.”