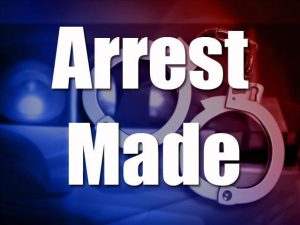 Less than one day after a minibus driver was chopped, shot and robbed at Plaisance, East Coast Demerara, one of the prime suspects was arrested at a neighbouring village, police sources said.

With the arrest of Peters, only ‘Bang’ and Juvenile are yet to be arrested.

They are accused of wounding and robbing 37-year old Alfred Braithwaite of South Vryheid’s Lust, East Coast Demerara of GY$14,000 at about 6:45 Saturday evening.

He told police that at about 6:45 Saturday evening, he was standing in front of a Superbet shop when the suspects approached and demanded money and because he refused, he was shot in the right leg.

Braithwaite further alleged that after being shot he rushed into his minibus number BVV 7712 which was nearby and secured himself but was pursued by the suspects who damaged the windscreens and windows and also inflicted a wound to the right side of his face and relieved him of the GY$14,000.

Meanwhile, police said they arrested ne of two suspects who allegedly robbed a taxi driver of his cellphone,a gold finger ring and his wallet with GY$12,000. at Ithaca Public Road,West Bank Berbice about 7:40 Saturday night.

“An investigation revealed that the victim who works taxi from Rosignol to Ithaca was plying his trade when he picked up the suspects who requested to be taken to Rosignol but shortly after one of the suspects reportedly told the victim to put him off because he had forgotten his phone; as soon as the victim stopped the vehicle ,one of the suspects placed a gun his head and they relieved him of his valuables and escaped,” the Guyana Police Force said in a statement.

Police said Sunday morning investigators, acting on information received, went to Number Four Settlement,West Bank Berbice and arrested one of the suspects who has since been positively identified by the victim.

The other suspect is being sought. Investigation in progress.