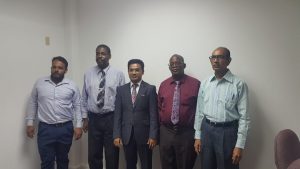 A newly-established Guyana-headquartered offshore medical school, Lincoln American University, says it is about to apply for Caribbean accreditation even as it rolls out a plan to establish similar institutions across the region.

Officials said overseas students- mainly from India, Pakistan, Zambia and Nigeria- are being screened by the Ministry of Citizenship and Immigration.  That process, an official said, include the submission of police clearances and checking of the intended students background through International Police (INTERPOL). Students are expected to begin arriving in Guyana this weekend. Interest is also being shown by prospective American and Canadian students.

Cummings said Lincoln American University would next week be submitting its application for accreditation as a new institution to the the Jamaica-based Caribbean Accreditation Authority for Education in Medicine and other Health Professions (CAAM-HP). “All the schools have to be registered with the National Accreditation Council. It’s not accreditation; it’s registration. The NAC does not do accreditation. The only accrediting body is CAMM-HP and that is the accrediting body for the region,” he said when asked by Demerara Waves Online News. Cummings warned that if all medical schools are not accredited by 2023, the qualifications would be worthless. 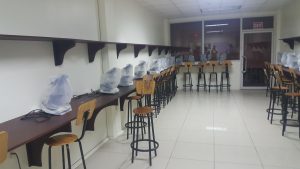 “As a medical school, if we get accreditation it will benefit the students. Students can easily get exempted from taking the licence exam as a medical doctor in the Caribbean region,” Marketing and Administrative Manager at the medical school, Lalta Ramdeen told reporters. Efforts, he said, are also being made to have Lincoln University licensed by the Education Commission for Foreign Medical Graduates in the US and Canada.

Ramdeen said the cost of tuition at Lincoln American University would be 50 percent lower than in other countries, with Guyanese students being also given a 50 percent reduction in tuition fees, making it about US$5,500 per academic year. The official said Lincoln American University was established in Guyana because “we find Guyana is low cost; cost of living is very low compared to other countries and Guyana is a very good country whereby, as a medical school, we can be able reach out to the Caribbean market,” he said. 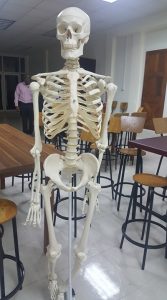 President of Lincoln American University, Professor Syed K. Washim and other officials said that already the institution has set up Bridgetown International University School of Medicine in Barbados and plans to expand to Trinidad and Tobago, Belize, Brazil and Australia within one year.

Officials said the computer, bio-chemistry and physiology laboratories have been already established, and simulators and three cadavers (preserved human bodies) would soon be acquired to be used as a teaching-learning aid. Pharmacy, nursing and post-graduate programmes, they said, would eventually be introduced. “I think what difference Lincoln brings to the medical school fraternity in Guyana is the fact that it is the first time that we are having a medical school that opening  that has these kind of facilities from day-one. Most of the other medical schools started out as a small entity and they grew over time,”  Assistant Dean, Dr. Torrington added. He said for the first time in Guyana subjects would be taught in an integrated manner.

A Memorandum of Understanding will soon be signed with the Georgetown Public Hospital Corporation and several private hospitals for clinical rotations and attachments.