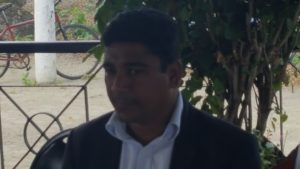 Privatisation Specialist at the Special Purpose Unit of the National Industrial and Commercial Investments Limited.

“We got some big companies like Pepsi Cola…,” she told a meeting of former sugar workers at Enmore.

SPU Privatisation Specialist, Sean Persaud was not keen on speaking about Pepsi Cola because of confidentiality reasons, but he said that the production of crystallised sugar would be good for that company. “At the moment we make crystallised sugar so it will make sense.  I mean with  the issues of the hurricanes  that we just had in the Caribbean is something we have to be looking at and Guyana, which is sort of stable from the natural disaster, becomes a good investment ground,” he told Demerara Waves Online News.

She also signaled quite strongly that the Enmore -East Demerara Estate operations would be sold to Demerara Distillers Limited (DDL) to satisfy its demand for molasses to produce rum.

Public Security Minister, Khemraj Ramjattan said while DDL is interested in Enmore that company, like government, wants to conduct a study. 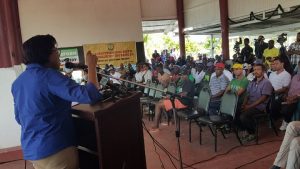 Hughes also indicated that there are expressions of interest from companies in India and Trinidad  as well as locally, Nand Persaud Rice Mills. She said those “big companies” have told government that “we are working on the numbers, we coming”.

The Public Telecommunications Minister, however, declined to provide details on those possible investments.  She said the names could not be disclosed until “we sew up the deal” or it could jeopardize the negotiations now.

Hughes told the former sugar workers that government would not allow investors to sideline them.  “You got a guarantee when they come they got to employ people and you are here,” she said.

Meanwhile, Minister of State Joseph Harmon told a post-Cabinet news conference that maximum value must be sought for the sake of the estates as going concerns.

With an estimated GY$1 billion being spent monthly on keeping Guysuco afloat, government had decided to close the Skeldon, Rose Hall, Enmore-East Demerara and Wales Estates.  Targeting an annual production of 147,000 tons, Guysuco’s operations will be confined to Albion, Blairmont and Uitvlugt.

Guysuco will this month-end begin paying severance to the more than 4,000 employees who have been sacked as a result of the closure of the several estates and factories.