Trinidadian engineer rescued after allegedly kidnapped on arrival in Guyana 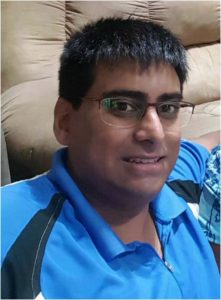 A Trinidadian chemical engineer, who arrived in Guyana Friday morning for a job interview but was allegedly kidnapped, was hours later rescued and two persons arrested, Guyanese police said.

“Diligent investigations, buttress by an efficient intelligence apparatus led investigators to the Soesdyke-Linden Highway, where after several searches in different areas, the victim Mr. Maraj was found at Madewini Resort,” the Guyana Police Force said.

Local police said the man’s parents in Trinidad  were contacted by cellular phone  at about 10:50 am Friday via cellphone by an unknown person who indicated that their son was in custody in Guyana and a sum of money was later demanded for his release.

Enquiries revealed that the Trinidadian, a chemical engineer, came to Guyana on a Caribbean Airline Flight about 07:00hrs Friday morning and was scheduled to be accommodated at Ramada Hotel, Providence East Bank Demerara, but never arrived at the hotel, police said.

He purportedly arrived in view of attending an interview for potential employment.

Police said so far, two persons who were allegedly involved in making the hotel reservation at Ramada Hotel are in custody.

2017-10-27
Denis Chabrol
Previous: US calls for swift court action to settle controversy over GECOM Chairman’s appointment
Next: PPP, Afro-Guyanese groups slam each other over “Indian” vs “Afro” GECOM Chairman