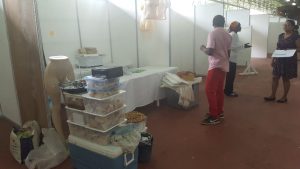 Small and medium-scale local agri-based products are to be showcased from Friday to help stimulate greater demand countrywide, according to a top official of the Guyana Manufacturing and Services Association (GMSA).

Firs Vice President of the organisation, Ramsey Ali said the trade fair titled ‘Un-capped’ begins  Friday afternoon at the Sophia Exhibition Complex and ends on October 29. “This one is not about targeting international markets. The idea is to target local markets to help the agro-processors to sell their products to more retailers in Guyana,” he said. 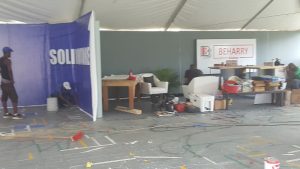 He said research shows that those producers need more local exposure as currently their products are available only at five or six outlets. Asked whether that means that those small and medium-sized companies have not been marketing their products, the well-known business executive said “It’s a chicken and egg because it takes money to do that. They can increase their business with some help from us and the government, they can spend a little more on marketing,” he said. Due to their size, he explained that they could not invest a lot of cash in advertising and marketing.

The GMSA official expects that with the exposure at Un-Capped, they could eventually earn more to spend on packaging and the upgrading of their products.

Ali said after the private sector became aware that there would be no GuyExpo this year, the GMSA decided to organise ‘Un-Capped’ and so far 60 small and medium-sized agro-processing businesses have decided to display their products at booths at the Sophia Exhibition Centre.  “When we at the GMSA found out that there is not going to be a GuyExpo this year, we thought it would be a good idea for us to hold an exhibition to fill that slot,” he told Demerara Waves Online News.

The GMSA is collaborating with the Ministry of Business to hold the agro-processing event in aid of small and medium-sized producers of jams, jellies, spices and similar products.

In return for GYD$500 admission fee, he said members of the public would be able to view the exhibits, be entertained with music and comedy as well as savour a wide variety of Guyanese foods.

The GMSA plans to hold an agro-processors one-day market every quarter, with the next two to be held at the Providence Stadium and Port Mourant Market.