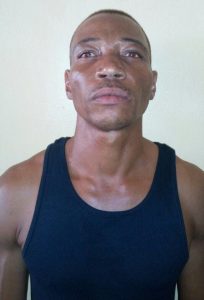 A 43-year-old prisoner, who was recently recaptured in Suriname after escaping lawful custody in 2011,  was Monday slapped with a murder charge.

The accused, Rickford La Fleur, appeared at the New Amsterdam Magistrates’ Court before Magistrate Alex Moore to answer to the charge.

The court heard that on Sunday May 1st, 2011 at the New Amsterdam Prison, the accused murdered Sebastian Magoo who was also a prisoner at the time.

He was not required to plea to the indictable charge.

According to Prosecutor Godfrey Playter, additional work is being to the case file and noted that the accused escaped from the New Amsterdam Prison while the matter was active in the court.

The court also heard that three other suspects were charged for the said matter but the charges were dismissed for two of the suspects while the other is still ongoing.

La Fleur was remanded to prison until December 8th, 2017 when the matter is set to be called again.